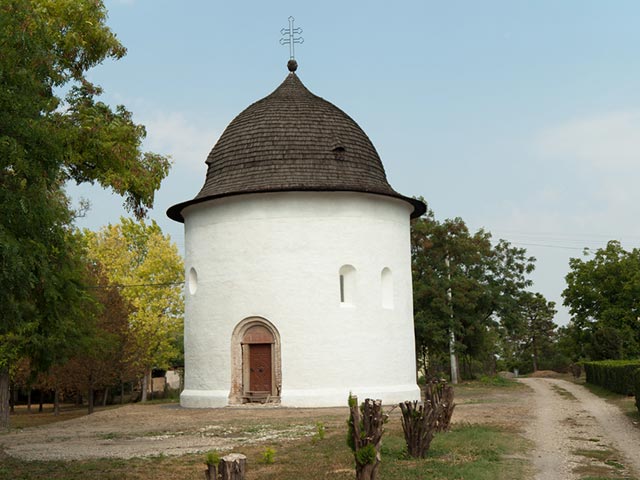 The Romanesque rotunda of Twelve Apostles and Church of the Assumption of Virgin Mary together with the church and the area of the abolished monastery are one of the most interesting and most valuable sets of Romanesque architecture in Slovakia. We are grateful for the proximity of Ostrihom - the seat of the kings of Hungary and later the archbishopric, as well as the important position of the Poznanos family at the royal court. 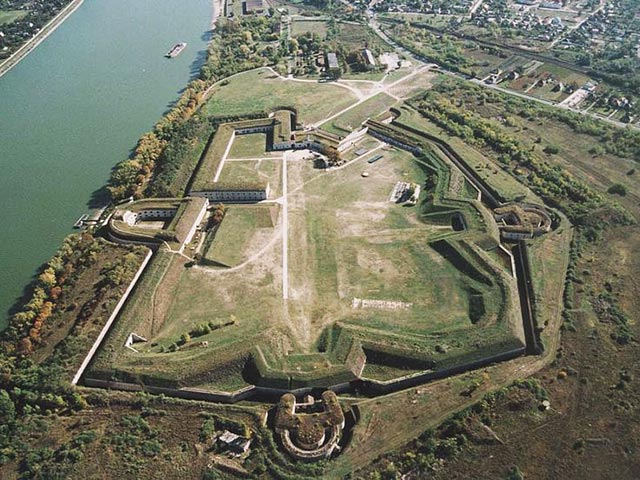 The Fortress of Komárno - fortification system of the bastion type, in the south of Slovakia, is the largest and the most important memorial of this kind in Slovakia. With its size and the degree of preservation it is unique in the world. The fortress was built against Turkish invasion. Slovakia included it to enlist it into the heritage of the UNESCO. 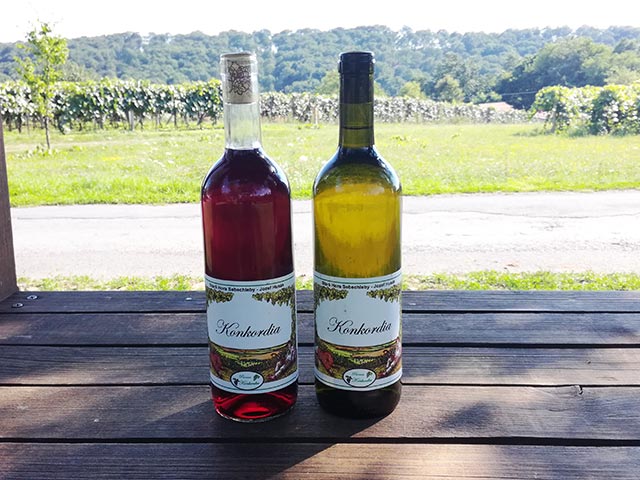 The ancient village of Sebechleby is located in Central Slovakia in the Krupina district. The wine-making part of the village - Stará Hora architecture consists of stone or wooden houses raised on top of traditional tuff cellars for wine. Tasting grapes, young wine and wine as well as other culinary specialties is great attraction and worth stopping here. 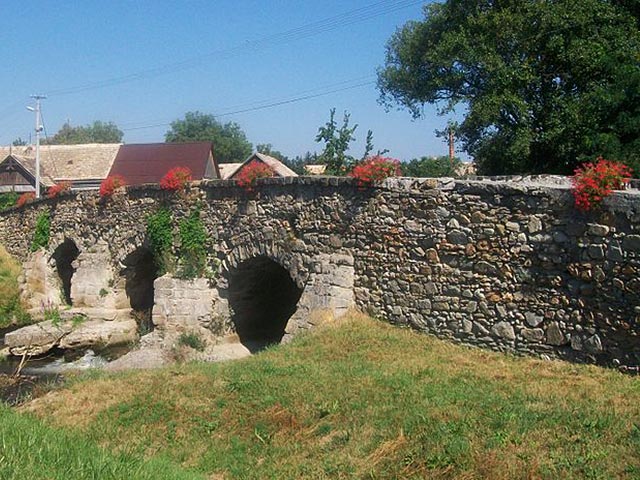 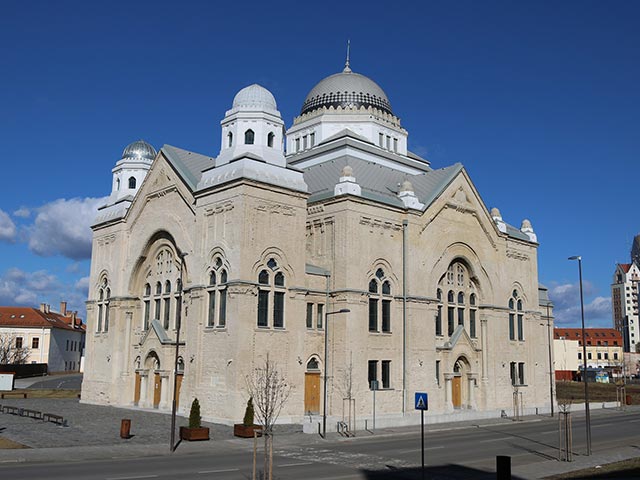 The impressive neologic synagogue in Lučenec belongs to the most important monuments of its kind in Slovakia. It is one of the four synagogues of the prominent architect Leopold Baumhorn, the remaining three being located in Amsterdam, Brussels and Tel Aviv. The synagogue was built in the 20s of the 20th century and its architectural features include Art Nouveau and Byzantine-Oriental elements. 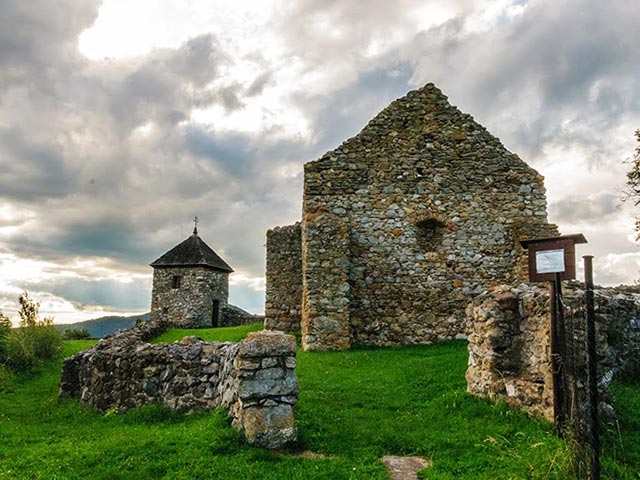 Ruins of the Medieval Fortified Church in Lúčka

Ruins of a beautiful medieval fortified church are located close the village of Lúčka, nearby the national park of Slovenský kras. The church was built in 13th century. In the first half of the 15th century, it was surrounded by a defensive stone. The small fortress was captured by Jan Jiskra. That’s why the church is called the Hussite church by the locals. 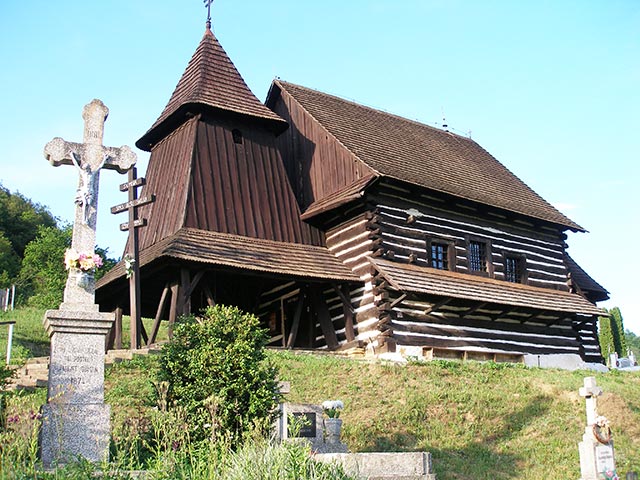 The Greek Catholic wooden church of St Lucas the Evangelist in Brezany was built in 1727. The church is situated in the historic cemetery in Brezany. It is one of the oldest wooden churches in Slovakia. The main altar from 1782 is in the Baroque style. The church consists of three parts and its architecture is atypical. It was built in the Gothic Roman Catholic architecture. 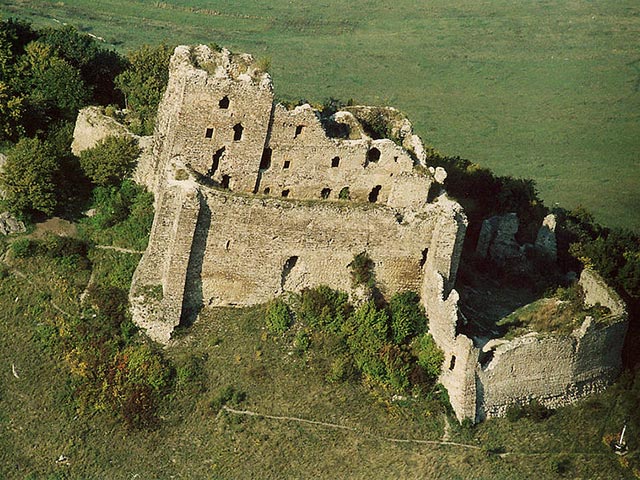 Ruins of the castle in Kapusany

Kapusiansky Castle is situated near the village Kapušany. The castle was built in 13th century on a place of an earlier Slavic hill-fort. In 16th century the Castle was reconstructed and fortified because of the thread of Turkish invasions. In the early 18th century, the castle was set on fire. 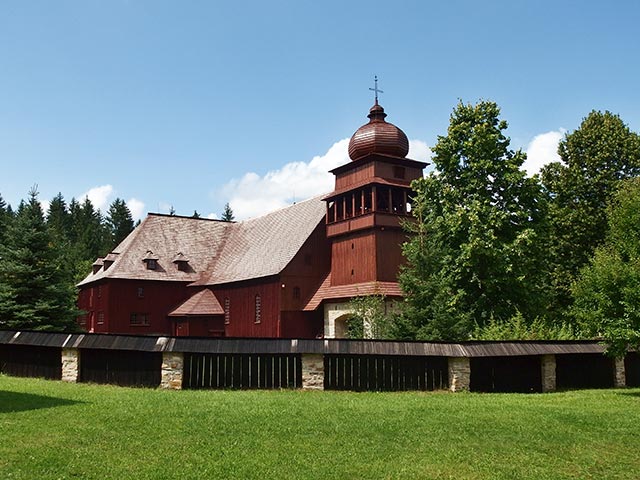 The wooden articled Evangelical church close the village Svätý Kríž is one of the largest wooden buildings in the Central Europe. The church was moved here from the village Paludza between 1974 and 1982. Paludza was flooded during the construction of the dam. The church stands on the border of Svätý Kríž and Lazisko. Church is in the shape of a 43 metre-long cross. The church takes almost 6,000 persons. 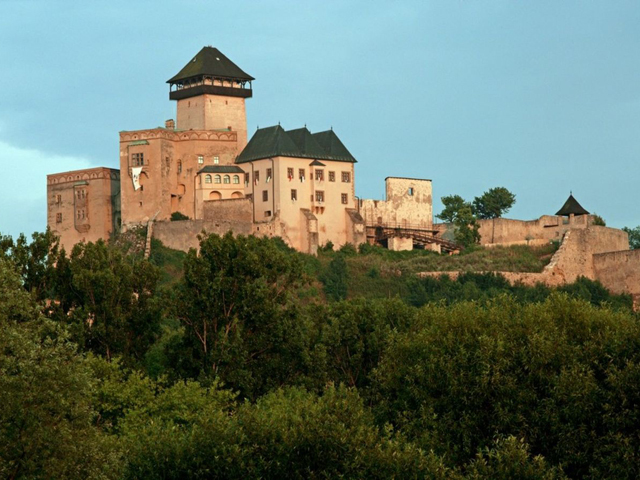 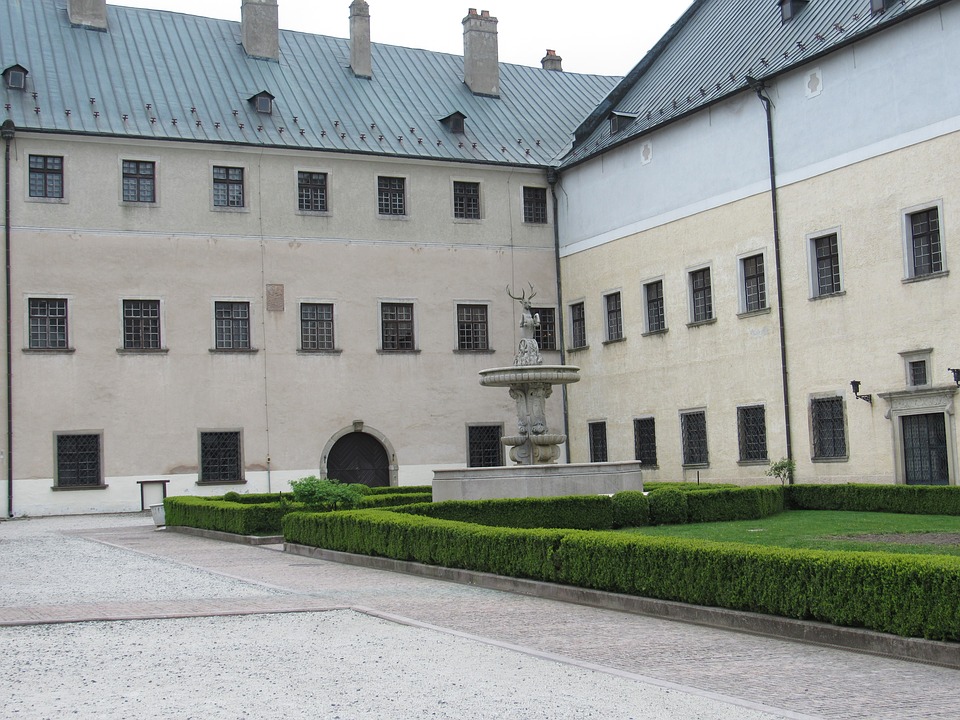 the most beautiful castle in the Malé Karpaty mountains. A stone castle was built in the 13th century as part of the chain of the Kingdom of Hungary’s frontier defense castles ranging from Pressburg to Žilina. This castle was completely rebuilt as a fortress in the first half of the 16th century. 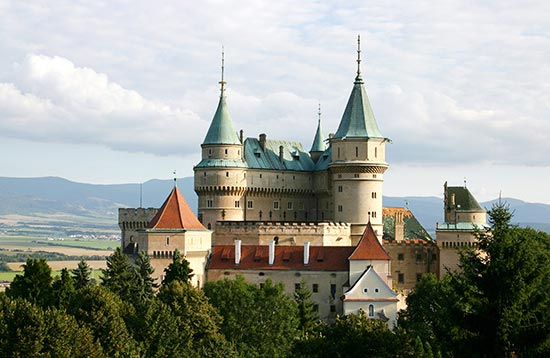 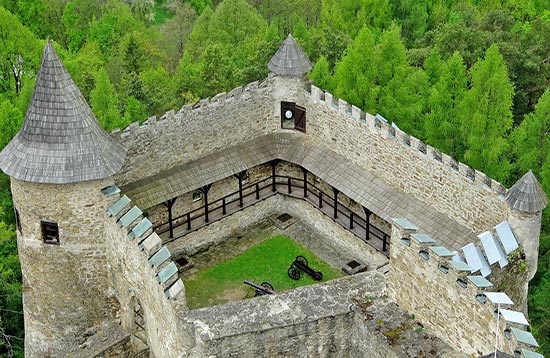 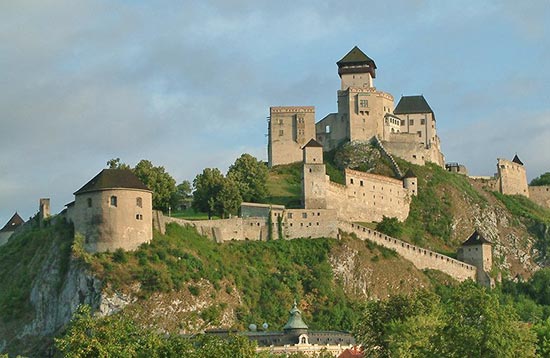