The Calvary in Banska Stiavnica is one of the most beautiful baroque Calvary in Europe. It stands on the hill of Scharffenberg (Sharp Hill), seen from all sides and provides a total view of the Cuddling Caldera (a large boiler that was created by overflowing the walls of the volcano). It is remarkable for the number of stops and the story that tells. After reconstruction it becomes one of the most visited places in the region.

The initiator of the construction was Pope Franz Perger (1700 - 1771) from the local Jesuit community. He built it thanks to the gifts of rich miners, dignitaries and simple mining families. Donors remind the coats of arms on the sides of each stop.

The construction began in 1745 and was completed in 1751. Most of the Calvaries have fourteen stops, beginning with the condemnation of Christ before Pilate and ending with God's grave. The Calvary in Banska Stiavnica has 17 stops, three churches (Lower Church, Sacred Stairs and Upper Church), stopping Žalár (Ecce homo) and Holy Tomb - the only building built on the opposite, eastern side of the hill. Wooden reliefs in chapels represent, with typical Baroque theatricality, the key moments of Jesus' life until his torture and resurrection. The uniqueness of the Calvary, along with its sensitive landscaping and magnificent views make it one of the most visited attractions. 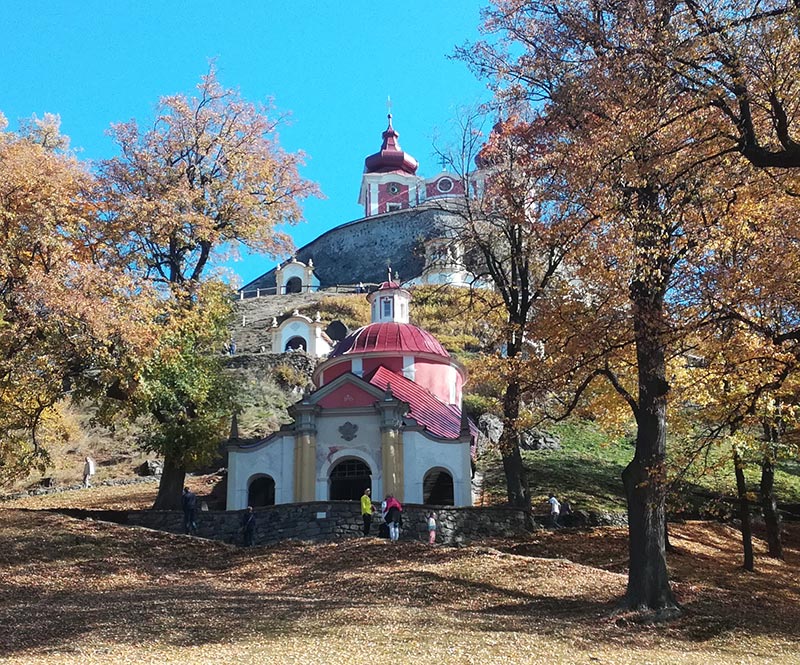 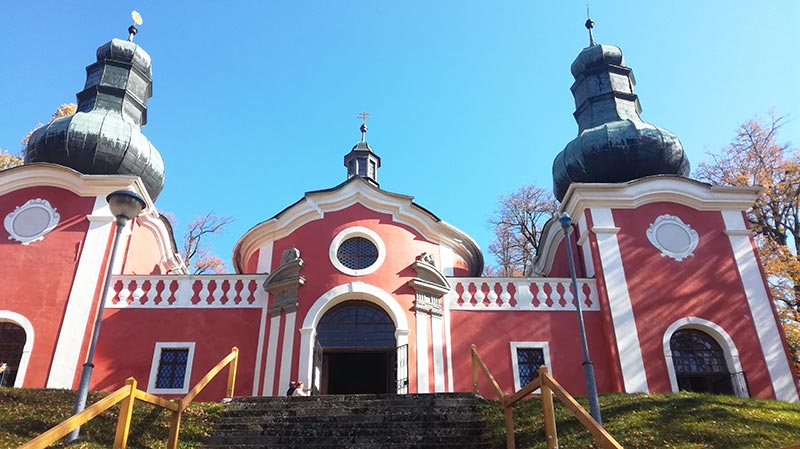 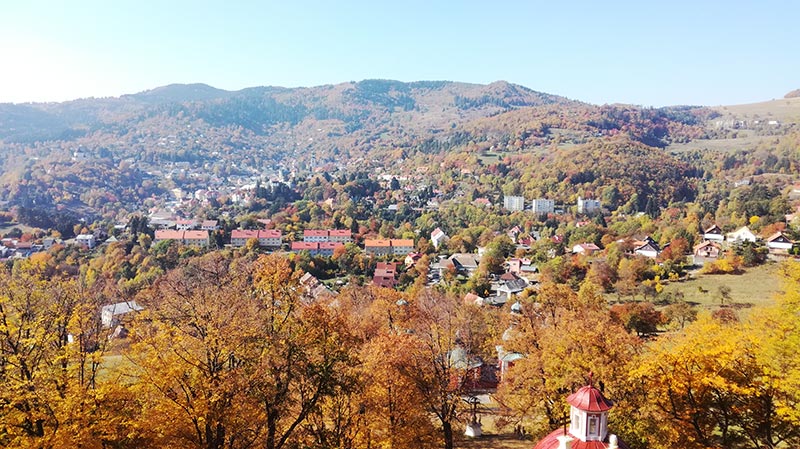 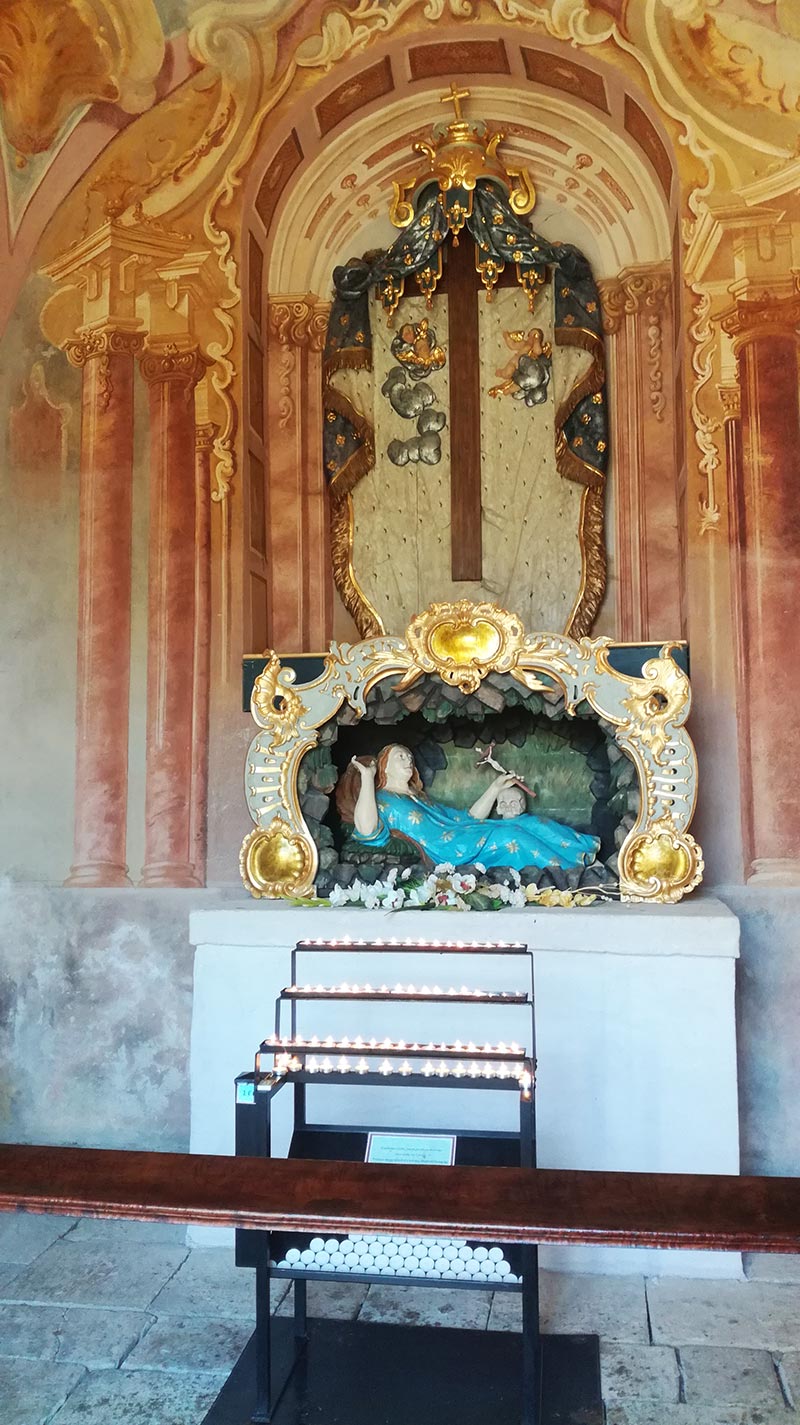 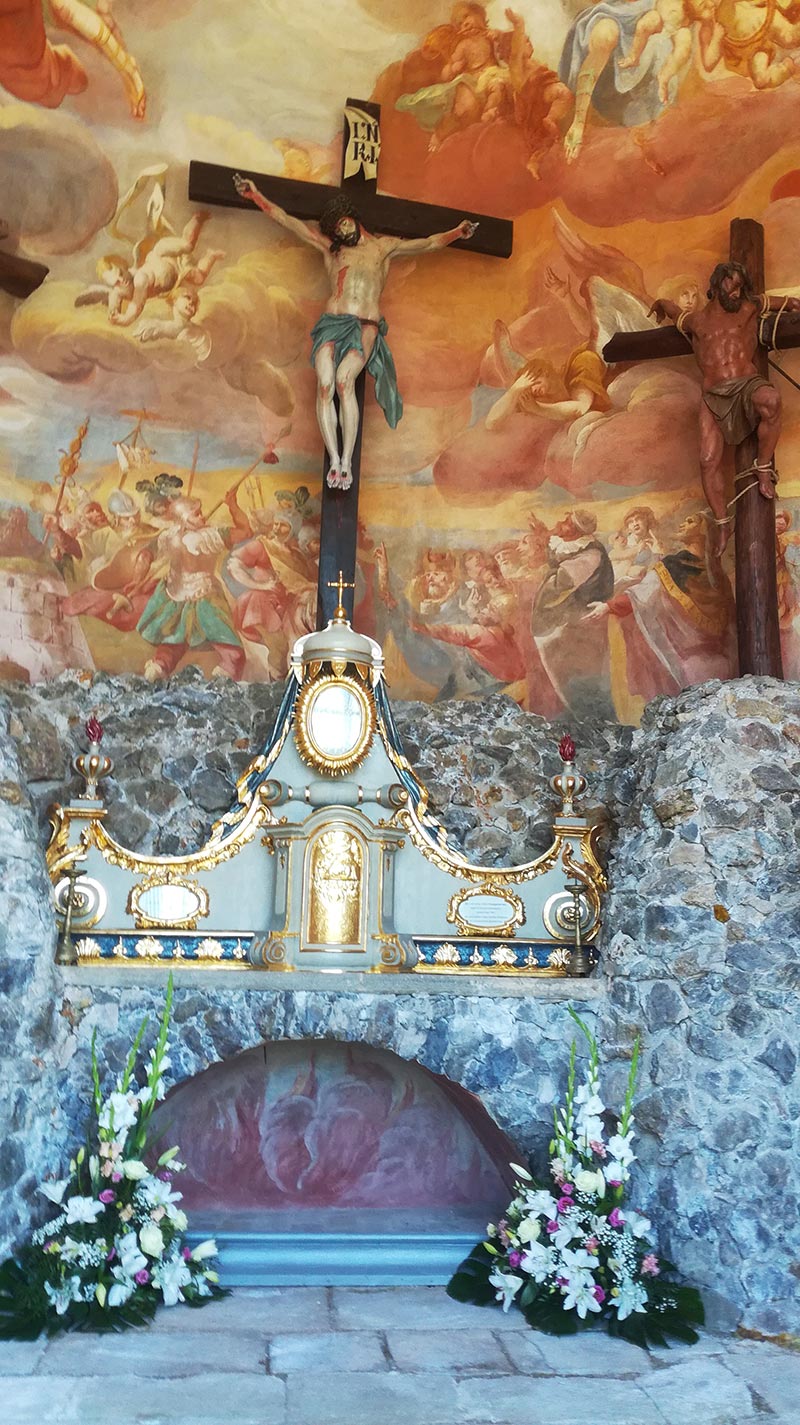 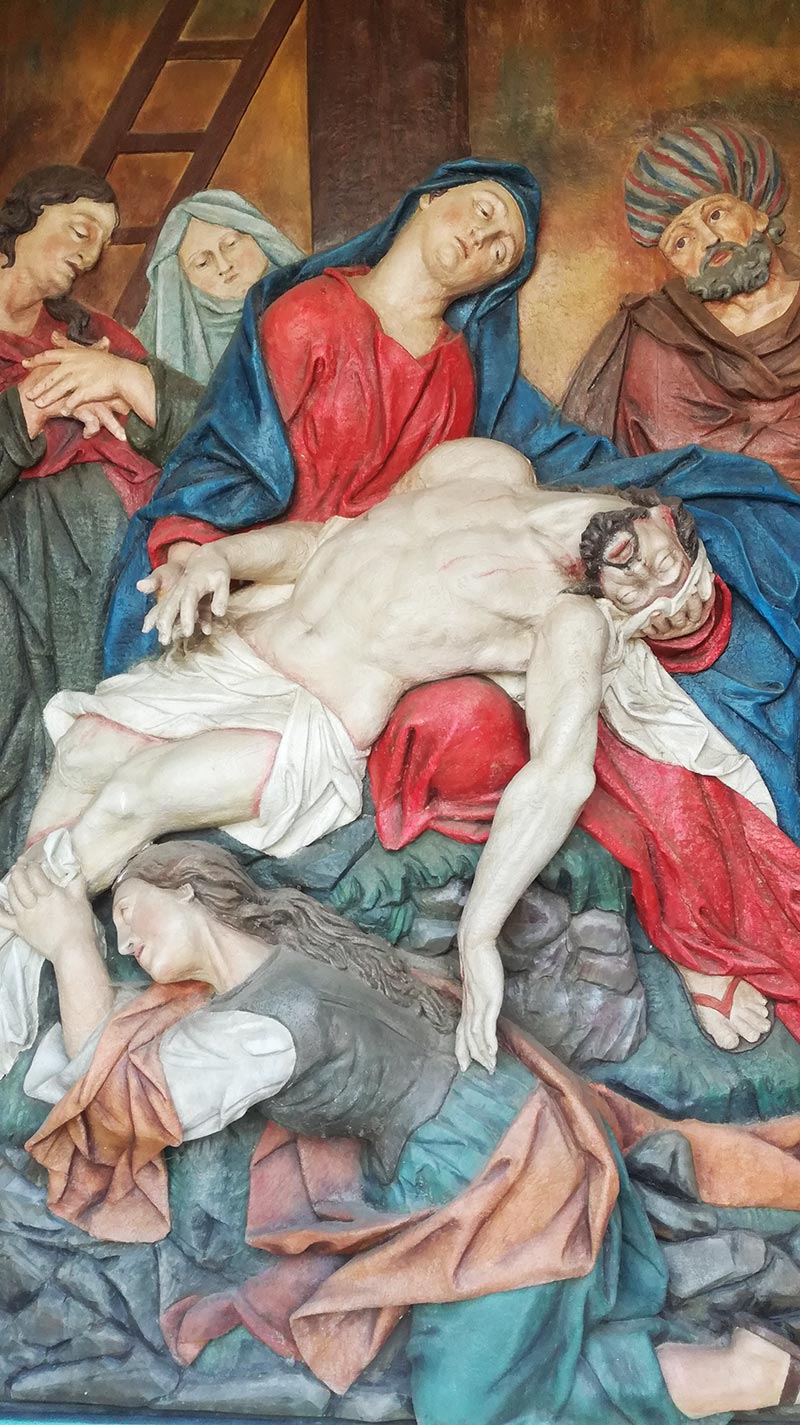