Roman Catholic wooden church is located in south-western Slovakia near Bardejov town. It is the oldest and best preserved wooden church in Slovakia. Church was originally built in Gothic style, but the interior underwent several changes due to reformation, recatholisation and Baroque style. Church from Hervartov is inscribed in the UNESCO list from 2008. 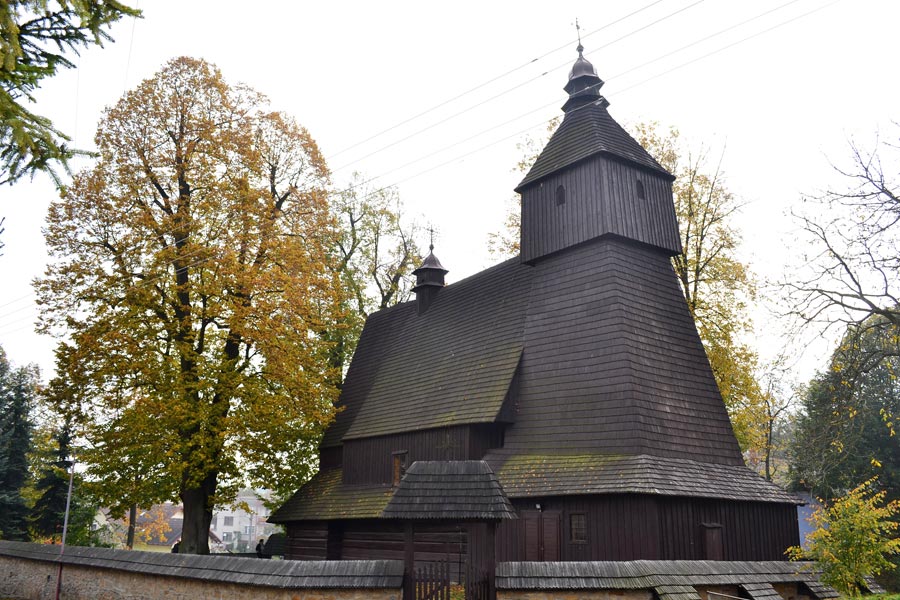 Greek Catholic wooden church is located in south-western Slovakia near Svidnik town. This national monument was built in the 18th century without use of a single nail. The church was damaged several times, but fortunately reconstructed and from 2008 belong to UNESCO cultural heritage list. 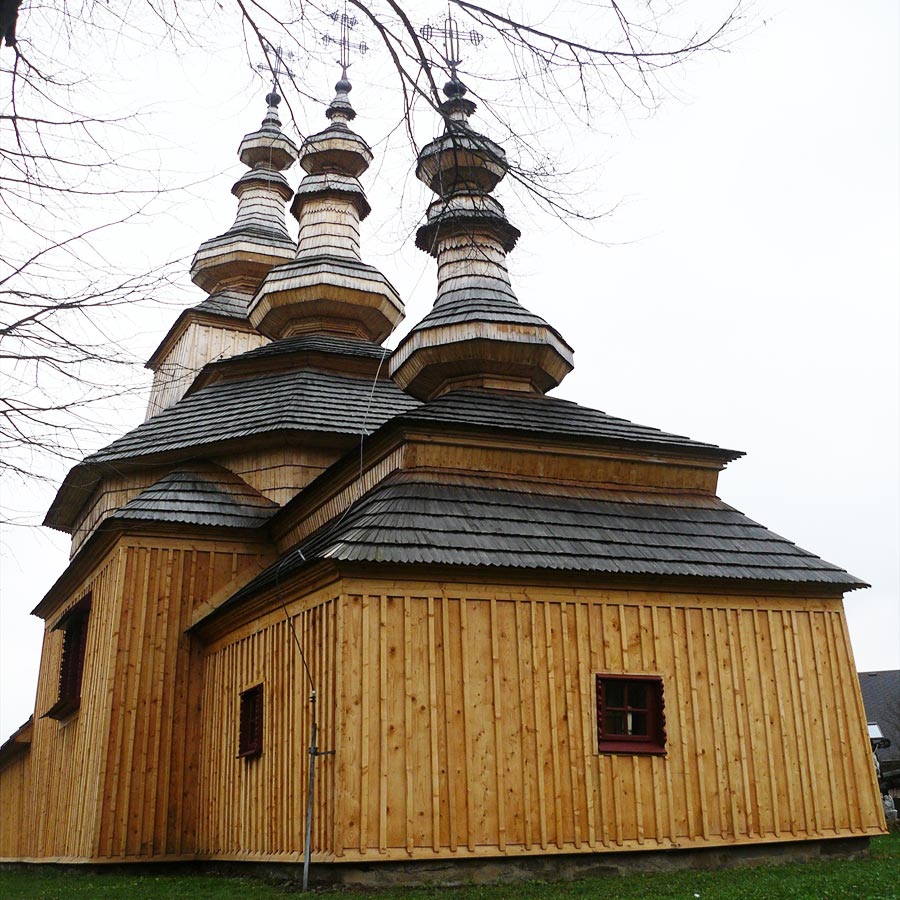 Another UNESCO Greek Catholic church located near Svidnik town. Church originates in 1658 and is one of the oldes wooden churches in Slovakia. Exterior and interior are built in Baroque style. The appearance is influenced by Byzantine sacral style. 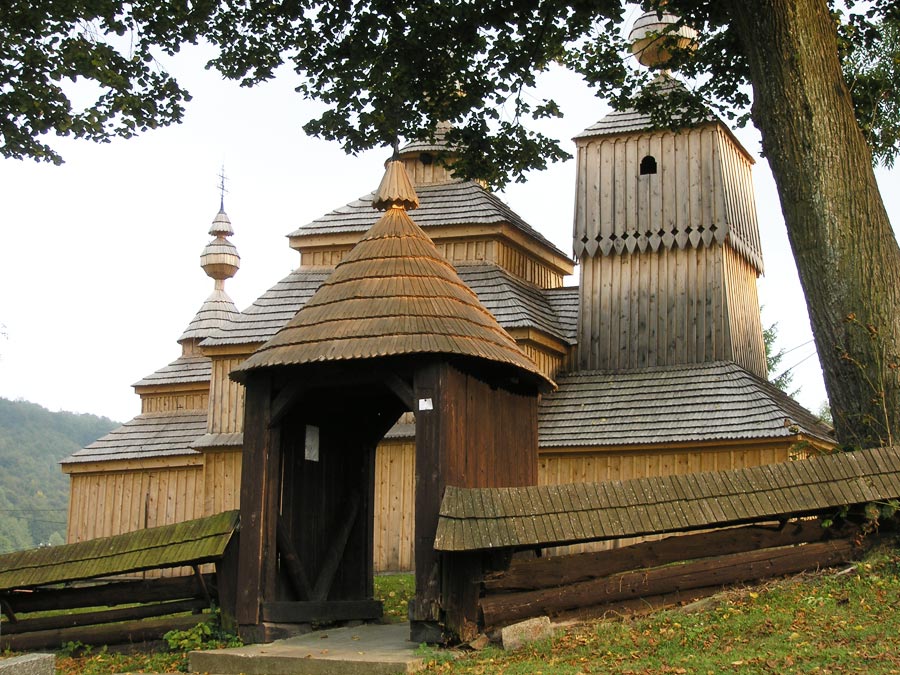 UNESCO listed Greek Catholic church was built in 1730. This church differs from those in Bodružal and Ladomirová because the log beams are not cover by any exterior planks or shingles. 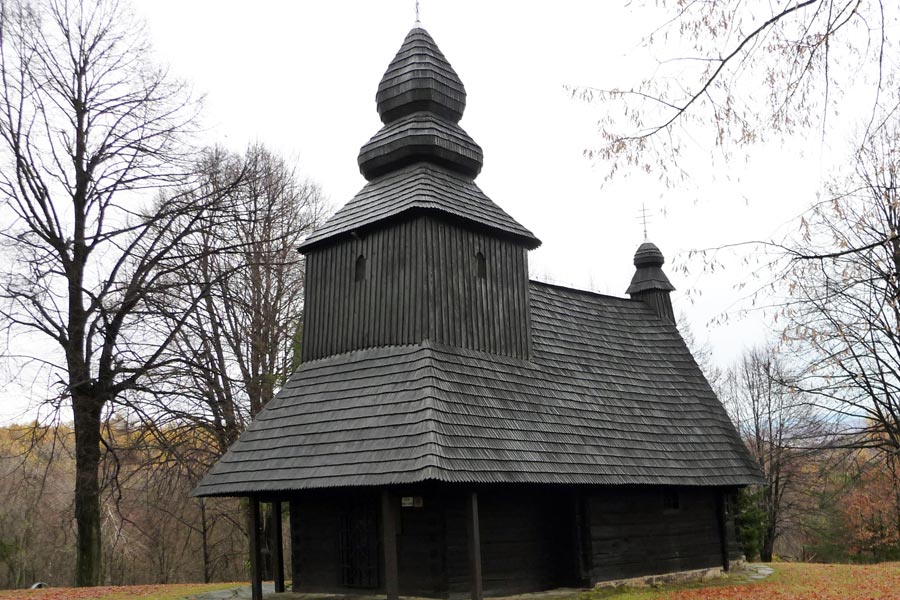 The Birth of the Holy Mother of God Church in Hutka

Originally built as Greek Catholic church in 1923. From 2000, it is an Orthodox church - the only one in Slovakia. No Iconostasis is placed in this church, just 3 scattered icons. 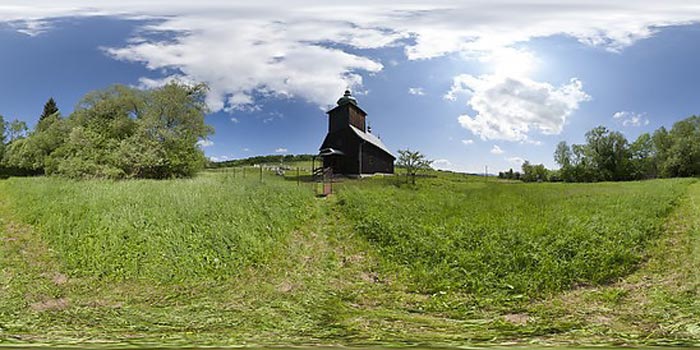