The Most Interesting Pilgrimage Sites in Slovakia

The Most Interesting Pilgrimage Sites in Slovakia (Travel Blog)

Basilica Minor in Levoca is the most important pilgrimage place in Slovakia. The Catholic church on the hill Marianska hora was built in 1908 on the same place as old chapel from the beginning of the 14th century. It has been the most famous Slovak pilgrimage place for many centuries. The statue of the Holly Mary of Levoca is dated to the 15 century. The Pope John Paul II visited the church in 1995 and promoted the church to Basilica Minor. 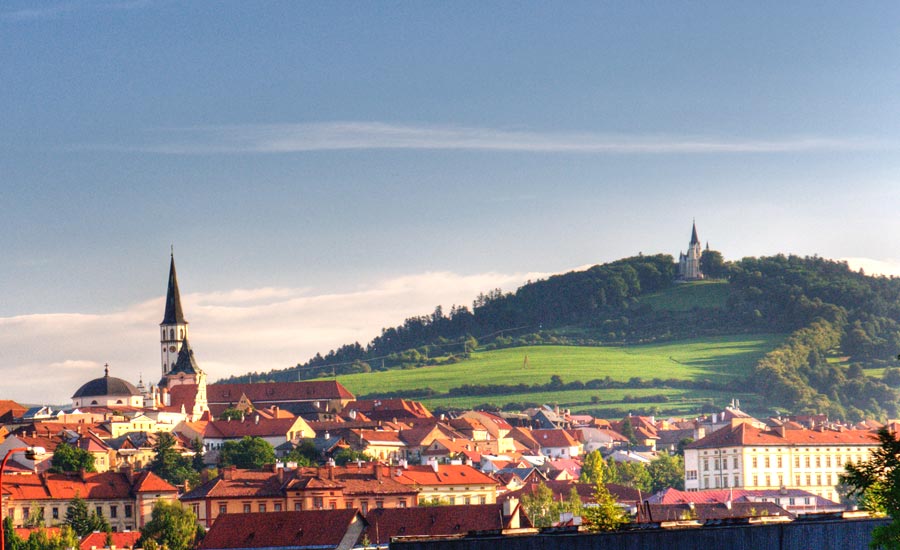 Stare Hory are in Slovakia known as Catholic pilgrimage site with a history of pilgrimages dating back to the 15th century. The dominant, originally Gothic church of the Visitation of 1499, was rebuilt in 1722 in Baroque style and in 1850 Classicist adjusted. The church has still preserved the original Gothic vaults with lunettes, Rococo pulpit, the statue of the Madonna from the 16th century. There are also other ecclesiastical buildings: Chapel of St. Anne, mother of Mary of 1794, Calvary Chapel of the Holy Trinity from the 19th century. On the site of alleged apparitions in the 15th century, the valley is called Studnicka source and also a chapel with a statue of Our Lady of Carrara marble, which are frequently visited by pilgrims. 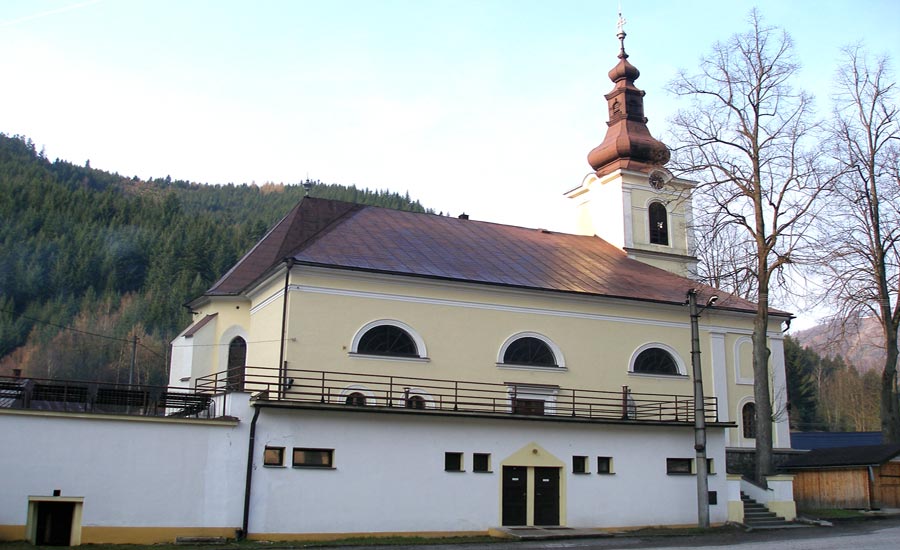 The town can be divided into three parts - original Sastin, area around the Basilica and village guards, with which it merged Sastin former regime. The most famous building is the Baroque basilica and monastery, which was built after the arrival of the Pauline order in the second half of the 18th century. The reason was the increasing Marian cult.

Pilgrimages began after 1564, when Angela Bakicova along with her husband Imre Czobor ordered to carve a wooden statue of the Virgin Mary, allegedly as heard, thanks for the prayers. Bakicova prayed for reconciliation in her family. The statue is attributed hundreds healed and Archbishop Imrich Esterhazy in 1732 allowed her worship, which led to the construction of the church and monastery. In 1964, Pope promoted the church of the Basilica as the first temple in Slovakia. 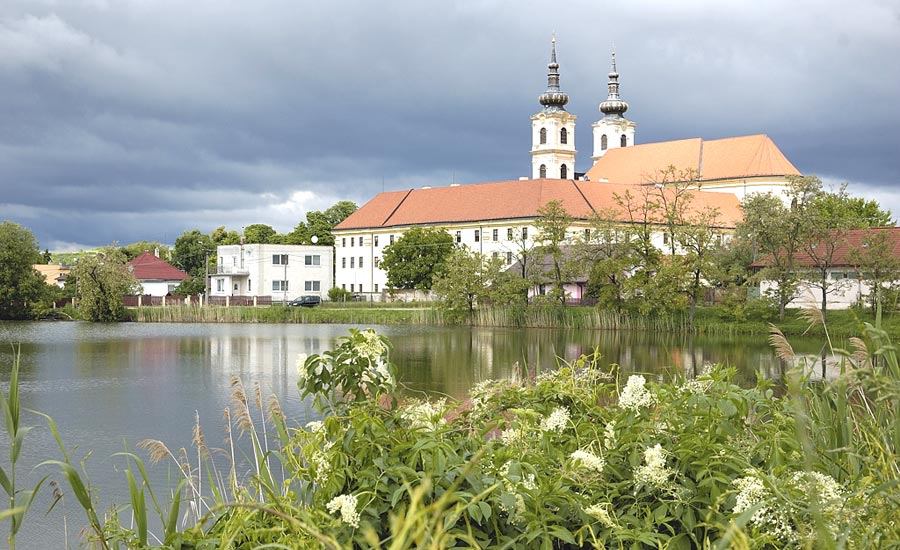 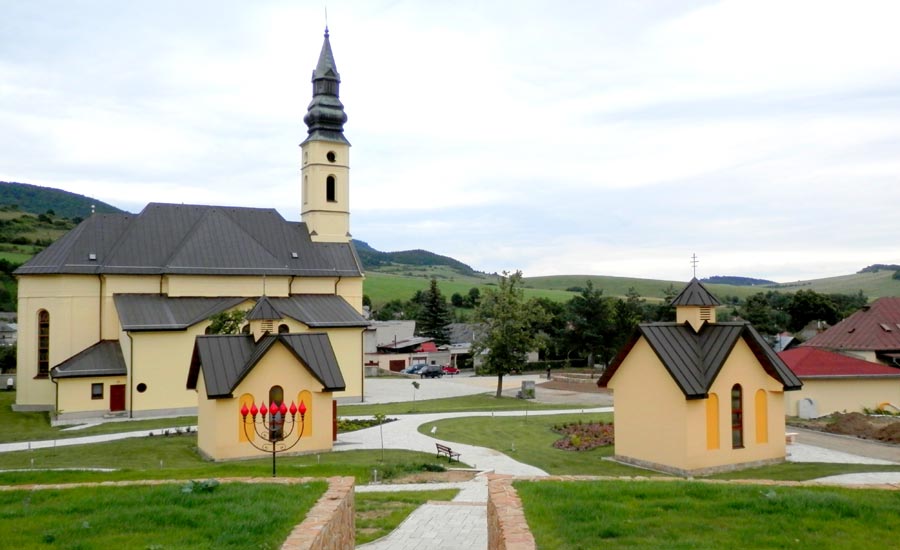 Litmanova is known as the site of alleged apparitions of the Virgin Mary on top of hill named Zvir. Based on these revelations pilgrims started coming here. Since there were constantly more pilgrims, this place gained a decree on the establishment of places of prayer and declared as a place of prayer, a chapel was dedicated to the Immaculate Conception, and finally the place in Litmanova was officially declared as Greek Marian place of pilgrimage on September 7, 2008.
Pilgrims come to the mountain Zvir throughout the year. Fatima pilgrimages are held here regularly on the first Saturday of the month, the main pilgrimage takes place on August 5. Except that, various small pilgrimages are held there throughout. 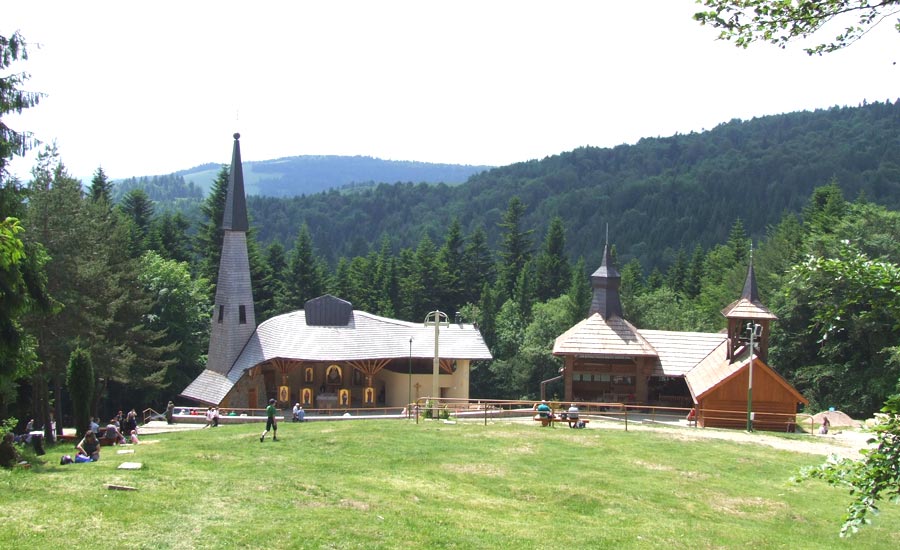 Marianka - the oldest pilgrim place in Slovakia, its origin and history is partly shrouded in legends. Historians of the Pauline order, that managed this place, wrote down orally passed legend about a hermit who lived in this valley and carved wooden statue of the Virgin Mary (according to the Pauline Louis Kummer it was in 1030). During the riots that occurred in Hungary after the death of King Stephen, hermit had run away from his place. He hid the statue in a hollow tree. It was found a few decades later.

History of pilgrimage site began since 1377, when hungarian king Louis the Great stopped by. He laid the foundation stone of the church and gave the administration of the pilgrimage site to the Pauline order. In 1380, when the church was finished on, the same king solemnly transferred gracious statue on the main altar. 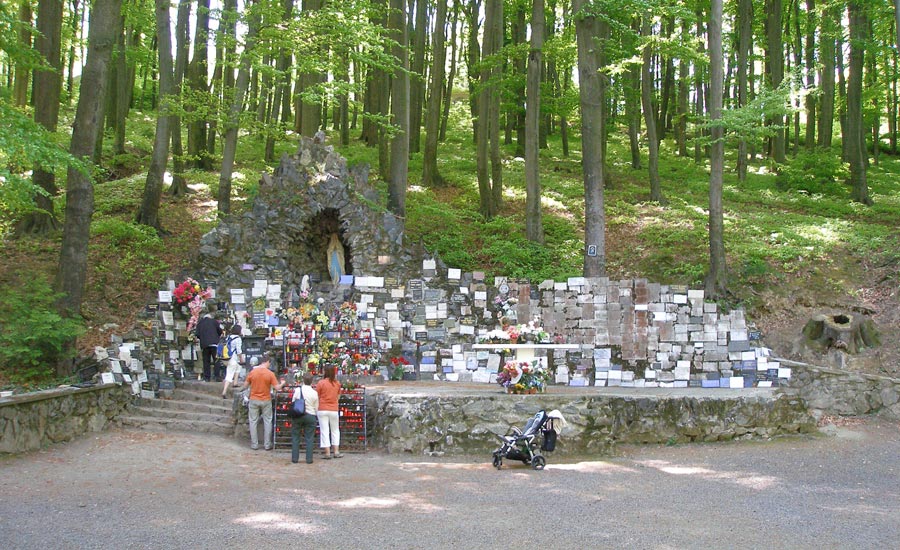 Calvary in Nitra is mainly Christian meaning. It is one of the major pilgrimage sites in Slovakia. For nearly three hundred years thanksgiving pilgrimage aimed at Church of the Assumption was held here.

The first mention of this church dates back to 1248. Dominant church is a statue of the Virgin Mary holding the dead body of Christ, which is maintained from year 1776. Small chapel passes through the sidewalk from the church towards the hill of Calvary Nitral.

Written sources indicate that the Cross was founded in the 80s of the 19th century (was consecrated in 1885). Furthermore you can find a home missionary Mother of God, which is headquartered missionaries verbiste. They came to Calvary in the 1926. 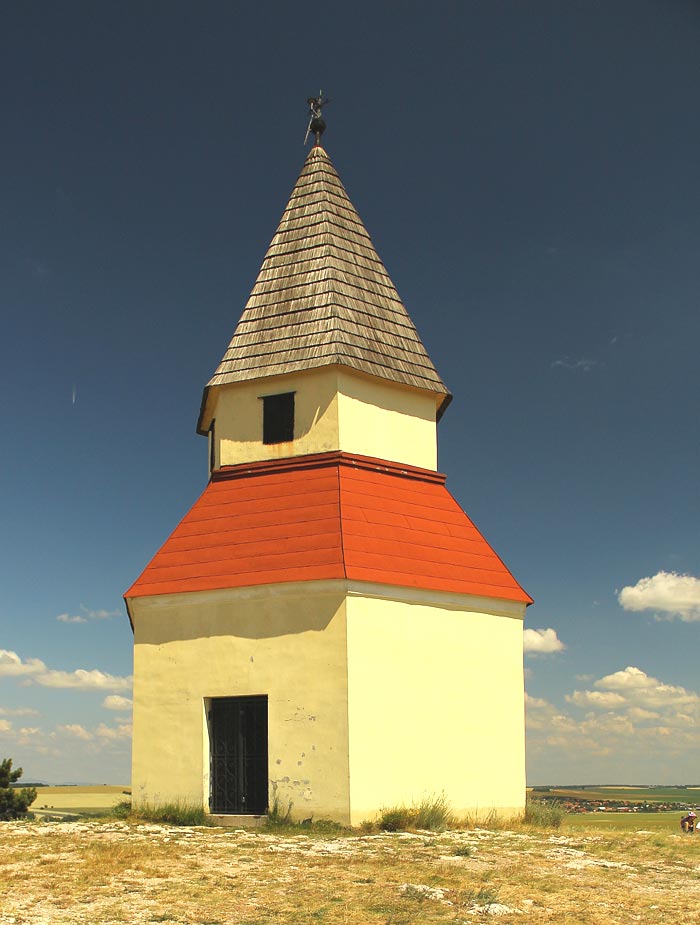