Slovakia is a country with high mountains and picturesque valleys. Mountains of Slovakia are characterized by large differences in altitude and unique relief. They include 9 national parks and 14 protected landscape areas. High Tatras, the highest mountain range in Slovakia, is among the most visited and represents the isolated nature of the sample Slovak Carpathian mountains. As are known monuments such as the High Tatras, Bratislava, and the like things are often unnoticed. Therefore, we are bringing you information about some relic of the western, central and eastern Slovakia, which are worth seeing.

Between mountains reaching up to 1500 meters belong Vtacnik, Strazovske mountains, Levocske hills, Slovenske rudohorie, Kremnicke hills, Vihorlat, White Carpathians, Javorniky and others. These are also the most frequently visited tourist areas. Polana (1458 meters) is the highest volcanic mountains in Slovakia. Just for medium-sized mountains of Slovakia is a typical karst relief with mosaic caves, waterfalls, gorges, canyons and water-run streams. These mountains are rich in limestone formations are mainly Slovak Paradise and Slovak Karst in the Slovenske rudohorie. Also interesting is Harmanecka karst in Great Fatra around Turcianske Teplice or Plavecky karst in the Small Carpathians. In addition to long walks along nature trails provide these mountains generally excellent conditions for skiers of all categories.

The highest mountains of Slovakia - it is especially steep slopes, narrow valleys and rocky hills than mountains Fatra, Great Fatra, Velky Choc Mountains, High Tatras, Low Tatras and Orava Beskids. The highest peak is Gerlach Peak (2,655 m) in the eastern part of the High Tatras. High mountains are for vacationers and sportsmen for its exceptional nature and climate, and are especially grateful aim for hiking, climbing and skiing. The best known ski resorts include Rohace in the High Tatras, Jasna, Chopok and Donovaly in the Low Tatras and Martinske hole in Mala Fatra. These mountains are attractive thanks to its numerous caves and karst formations glacier (ice cave, Aragonite Cave in the Low Tatras). But what completes the tourism high mountains, mountain valleys are particularly wellness and spa stays. Among the most popular belongs the Gader Valley in Great Fatra, Prosiecka valley in Choc Mountains or Mengusovska Valley in the High Tatras.

The Tatras Mountains are a border mountain range that divides the High Tatras, Belianske Tatras and Western Tatras. In the territory of northern Slovakia lies its four fifths. The Slovak-Polish state border borders the territory of Tatier from the north. In the south the Tatras shields steeply descend into Podtatranská basin. Due to the unusual concentration of natural beauty, the Tatras Mountains have been named "Miniature Alps", because on a small area (341 km2, of which 260 km2 is on the Slovak side) there are almost all that the Alps have in addition to the glaciers. In particular, the High Tatras Mountains are a paradise for hikers and mountaineers. In the summer, hikers of hiking especially enjoy hiking in the High Tatras valleys, the high Tatras shields (Kriváň, Rysy, Gerlachovský shield with the mountain guide) and ridge crossings. 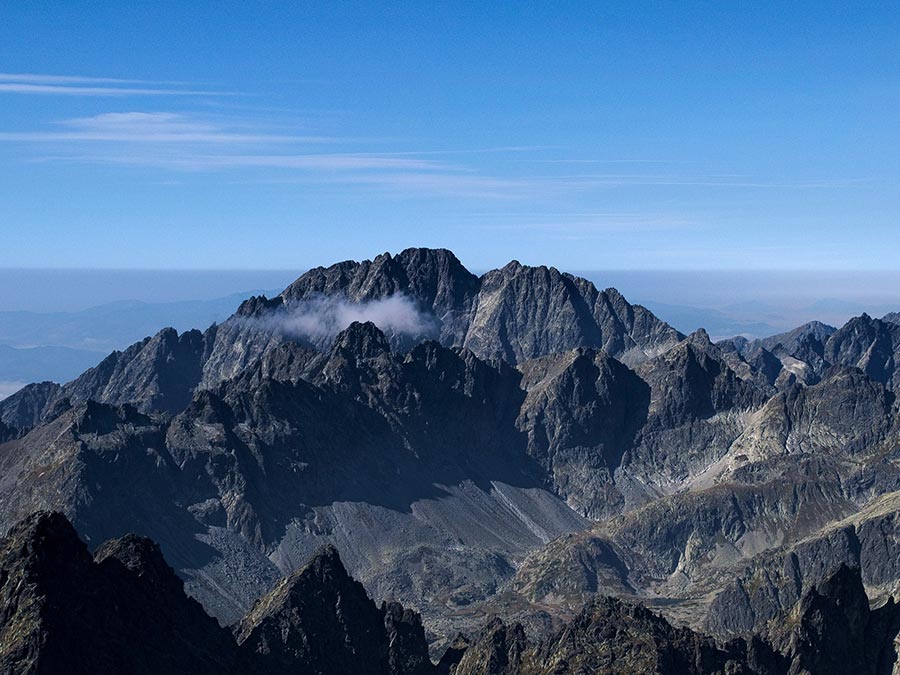 The National park of Low Tatras is the largest Slovak National Park. It lies in Central Slovakia and its greatest attractions include numerous karstic phenomena and caves. The typical features of this Park are long valleys, deep canyons and steep rocks, coated by dwarf pines or grassland even though the predominants are forest overgrows, lower and mixed forests with the abies, beech, spruce, larch, and maple. Fit hikers can climb the tallest tops of the Low Tatras Mts. - Chopok a Dumbier, which offer attractive views of almost half of Slovakia and are included in what is often referred to as the most beautiful ridge tour in Slovakia. 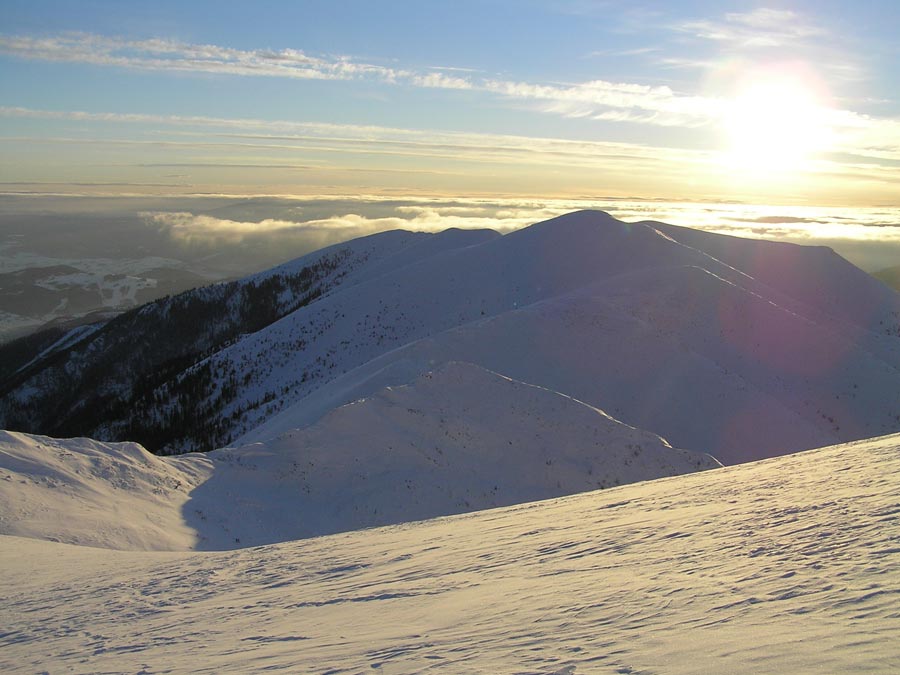 The National Park of Slovensky raj situated in the eastern part of Slovakia contains one of the biggest ice caves in Europe and an attractive landscape of karstic plateaux, gorges, waterfalls and caves. The monuments that testify the oldest history of the region and the country are also here. 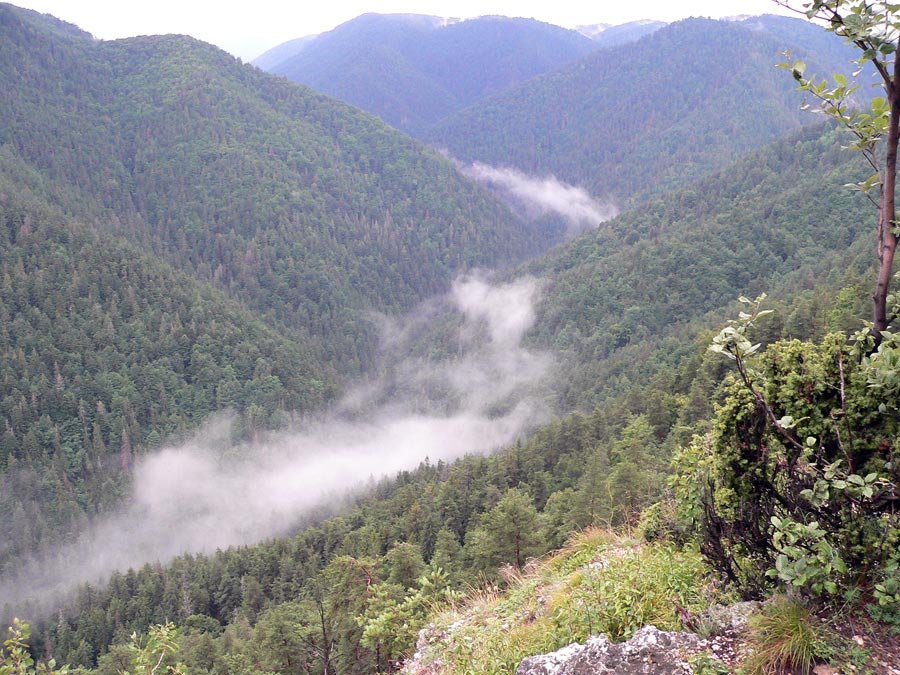 The National Park of Velka Fatra, lying in central Slovakia is typical for its continuous forest, long valleys and the largest locality of original yew tree occurrence in Europe. The basic natural value of the Velka Fatra Mts. is its extensive mountain territory with dissected surface, rich in karstic phenomena, continuous forest, extensive and typical deforested zones, long valleys with diverse flora and fauna, and the largest locality of the original yew tree occurrence in Europe. 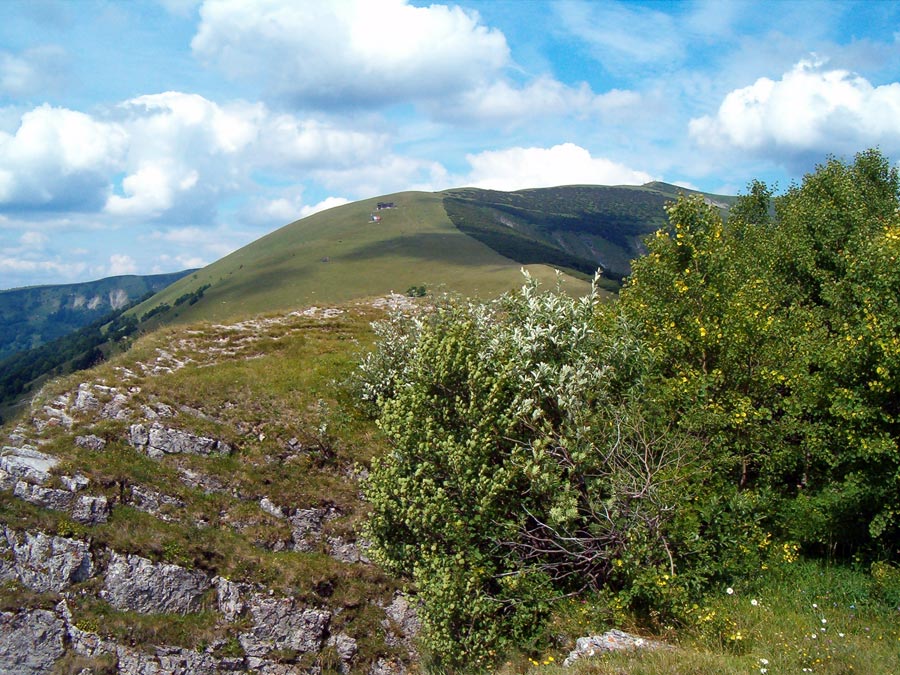 The most known and considered the most beautiful valleys in Slovakia are Prosiecka and Kvacianska valleys in Chockse Hills. The almost 4 km long Prosiecka dolina valley is deeply embedded between the massive mountains of Lomno and Prosecne (1,372 m). The blue-marked instructive path with several wooden panels bearing details on geologic, geomorphic, and pedologic facts concerning the valley and the local fauna and flora leads through the valley. It starts at the entry to the valley next to the rock called Vrata (The Gate) above which the brook Prosecianka springs.
The Kvačianska dolina valley has an instructive path with numerous stops. This canyon-type valley deeply cut into the dolomite and limestone rocks between the Cierna hora (1,098 m) and Ostré (1,128 m) mountains runs parallel to the Prosiecka dolina .Both create a popular one-day tourist circuit. 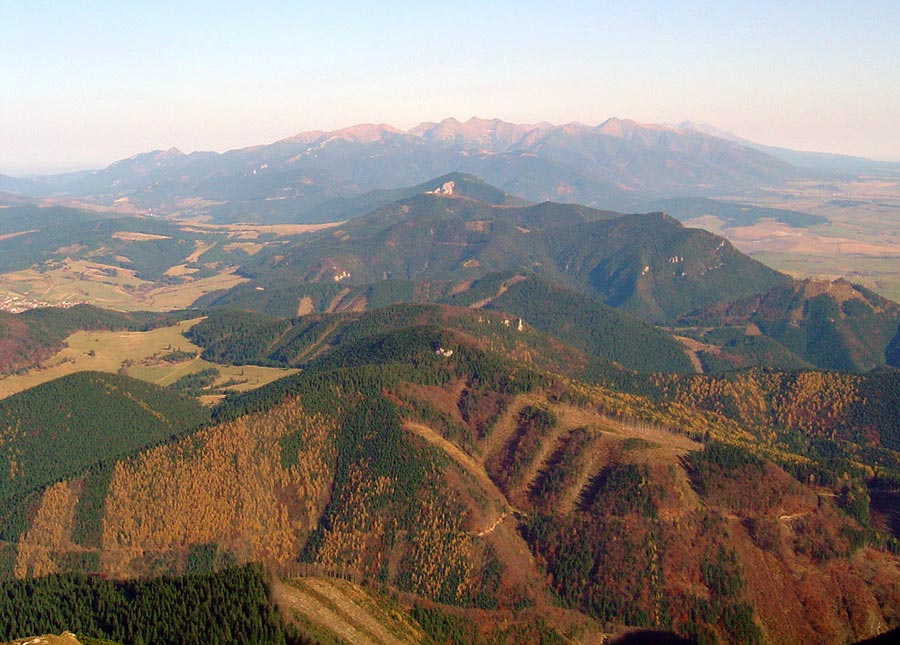 The natural setting of the mountain range Stiavnicke vrchy stretching in the centre of Slovakia is protected since 1979 in form of the Protected landscape area Stiavnicke vrchy, which includes a unique set of mining monuments and the gem among the Slovak towns - Banska Stiavnica (the UNESCO monument). The special elements of the landscape are artificial lakes called tajchy. They were founded for mining purposes. There 23 of such lakes now used for recreation. 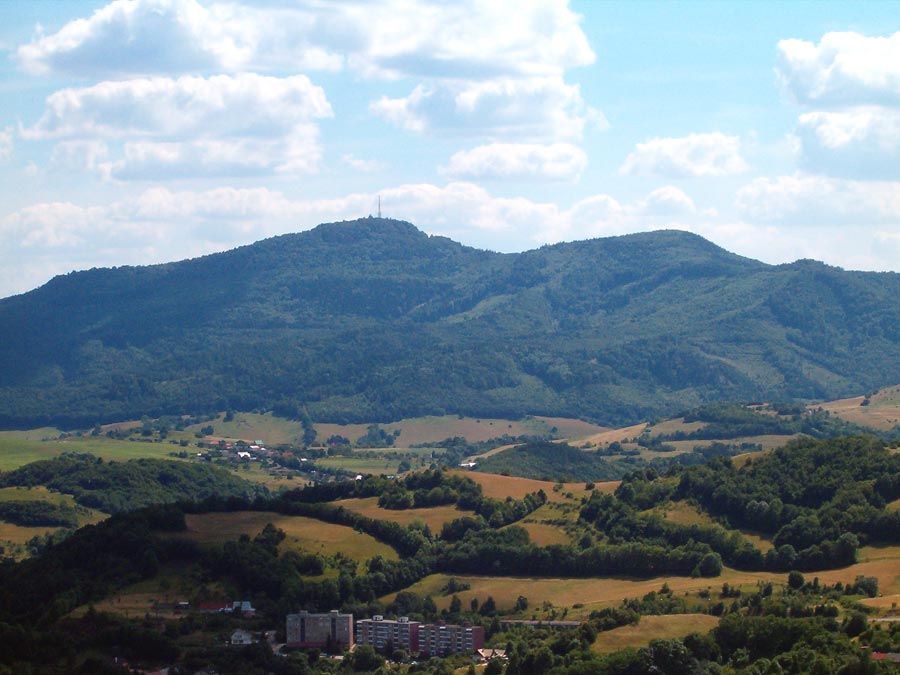 The Protected landscape area Polana situated in the very heart of Slovakia is typical for dense forest and wonderful alpine meadows. For its assets this PLA has been included among the World Biosphere Reserves. The best conserved Tertiary volcano in Slovakia, the Polana Mt., is protected since 1981 as part of the PLA Polana. In 1990, the protected territory with the area of 20,360 ha was included into the world network of the UNESCO Biosphere Reserves for its extra high natural and landscape value. 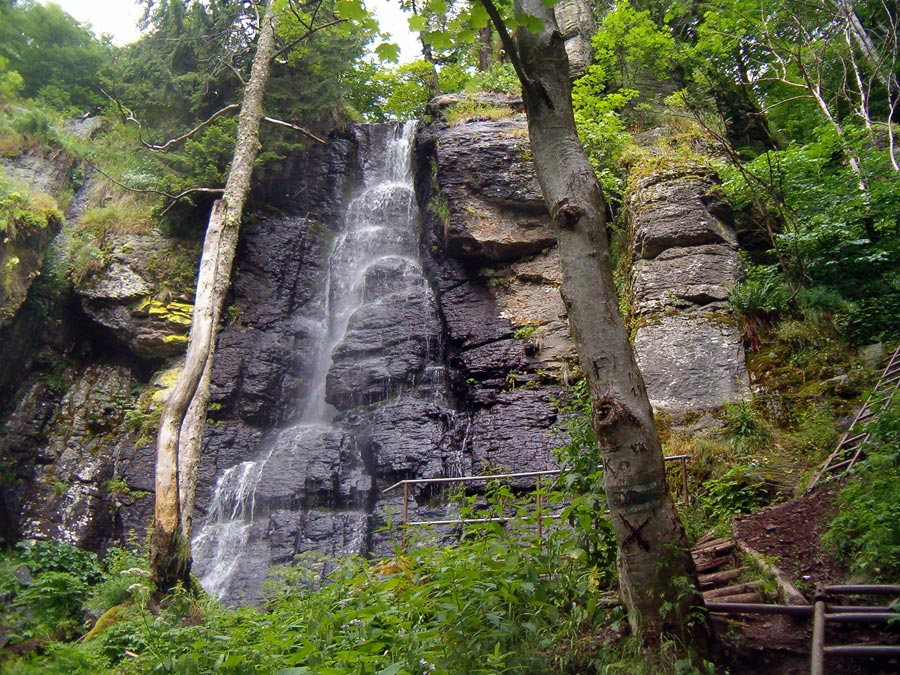