A small village Vlkolinec lies at the foot of the hill Velka Fatra Sidorovo. Folk architecture is registered in the UNESCO as a cultural heritage. Vlkolinec - the village of small wooden houses founded by miners and lumberjacks. The first written mention of the village dates from 1376. Wait in Vlkolinec at sunset, when the wooden dwellings changing colors. 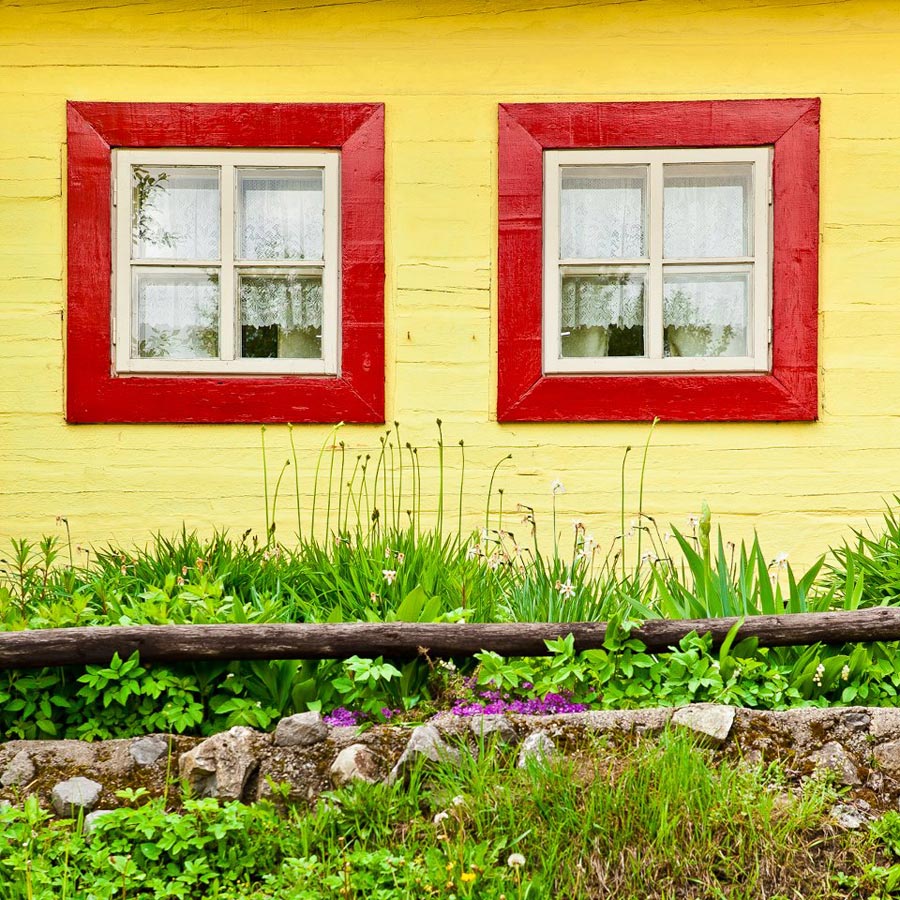 The cave Driny is part of the Smolenice Karst and is only accessible cave in the Small Carpathians. There are a large number of stalactites of different sizes in the Driny cave. The longest stalagmite is measuring two meters twenty centimeters. It is interesting formation resembling elephant ears. The ponds are snow-white sinter balls, so-called cave pearls. 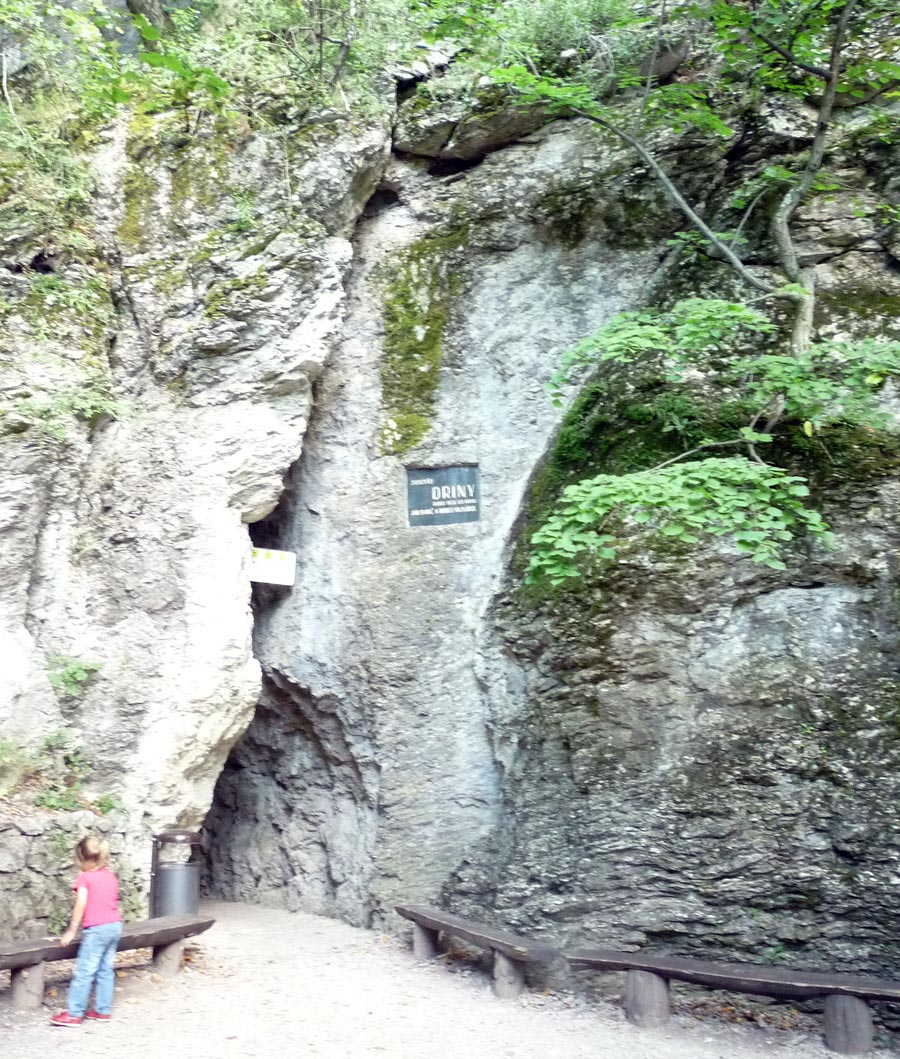 Modranska ceramics spread rapidly around the world. Although today has a certificate to this famous brand of the same name local factory, ceramics Modranska is dedicated to many local artists. The museum Ludovita Stura is located in Modra as well. Many Slovaks argue that anyone who does not know Modranska majolica has no idea about Slovak skill. 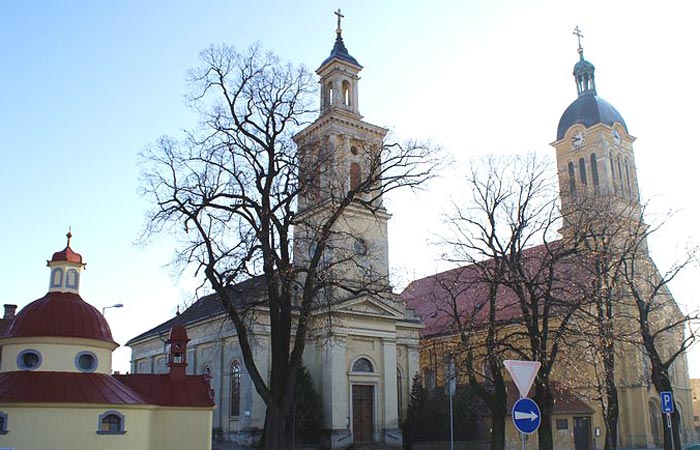 Castle Stara Lubovna together with castles Plavec and Nedeca on the eastern side and Orava castle on the western side of the High Tatras belongs to a complex of castles - fortresses, that once protected the borders of former Hungarian empire with Poland.

Stara Lubovna castle is made famous by the fact that there once was a prisoner of count Moric Benovsky - king of the rebels and vagabonds. 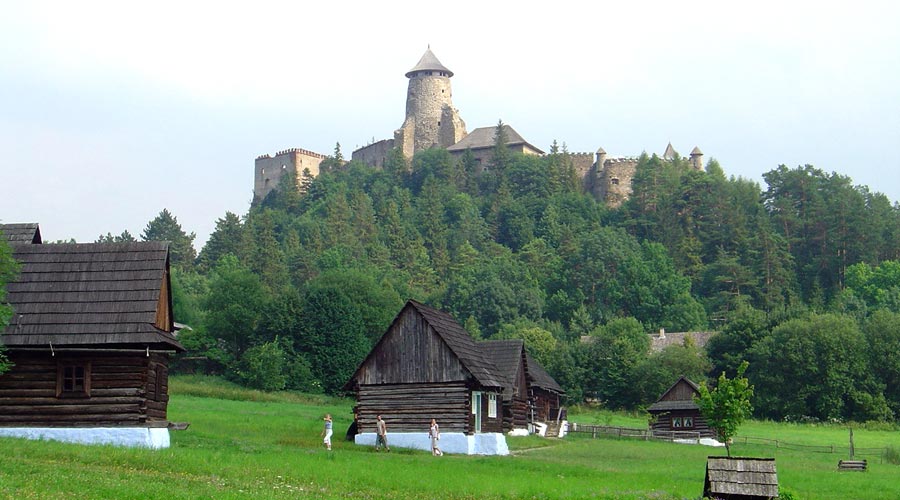 Bojnice castle is the most beautiful castle in Slovakia, you'll find near the town of Prievidza. His face today comes from the early 19th century. Jan Frantisek Palffy, owner of the Bojnice castle was inspired by French chateaux of the Loire and embarked on an extensive renovation in this style. 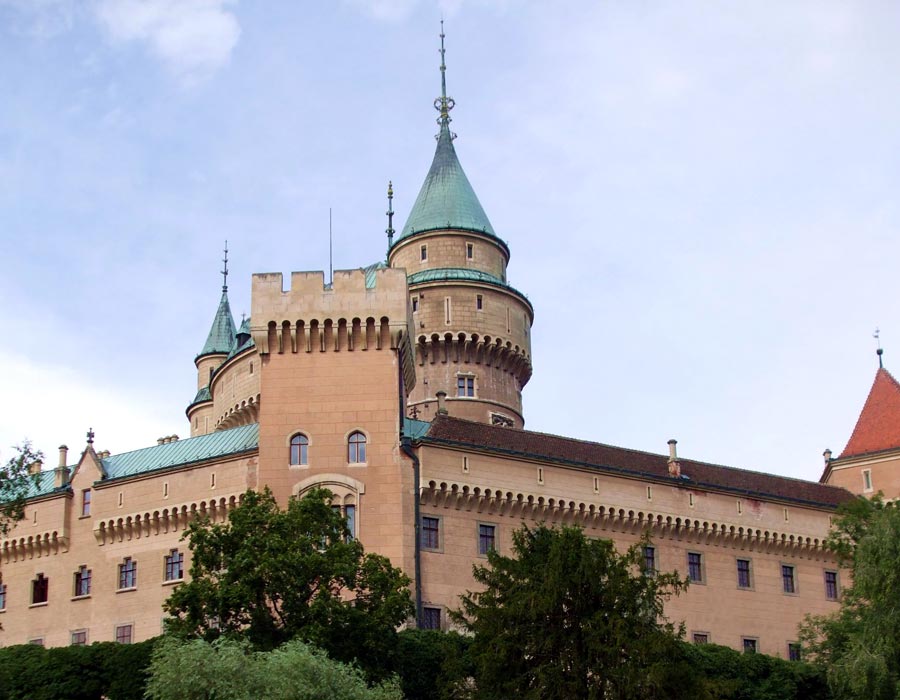 Museum of Modern Art of Andy Warhol in Medzilaborce was established September 1, 1991 as the first in the world and is still the only one in Europe. In addition to exhibition activities dominate the museum presentation, education, counseling, scientific and research activities in the field of contemporary art, music education. 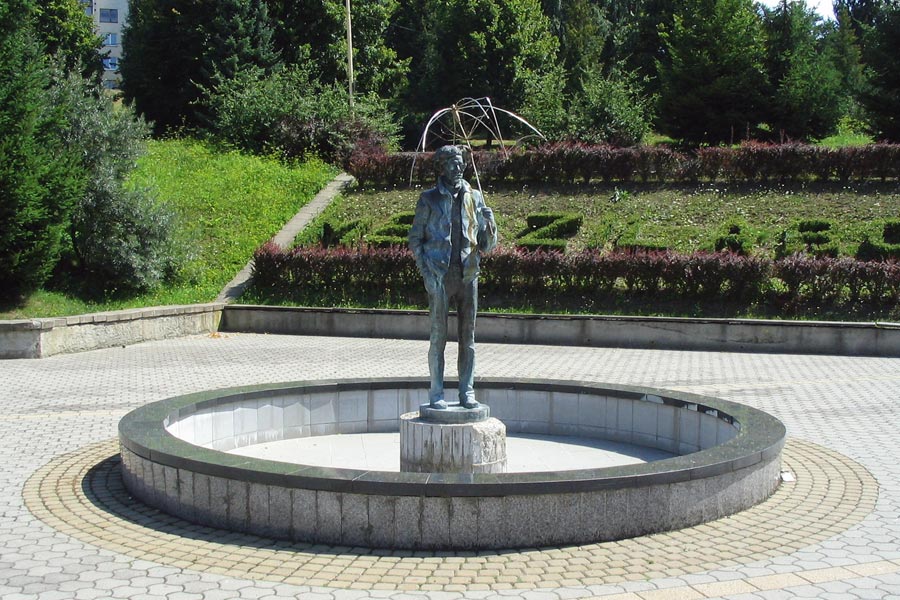 It looks like a fairy tale. Cicmany village about 30 kilometers south of Zilina consists of beautiful wooden houses. But there are exceptional: their walls are decorated with ornaments resembling embroidery women of Cicmany. Memorial reservation of folk architecture remains one of the most original Slovak villages. 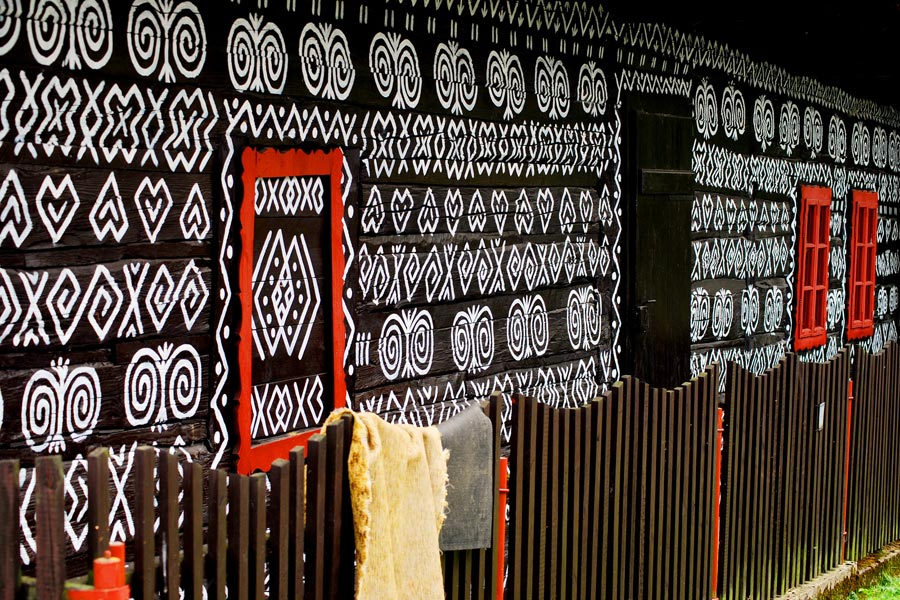 Oravsky castle is one of the most beautiful castles in the Slovakia rises above the town of Orava Podzamok village. In the past belonged to Matus Cak Trenciansky. It was large and gradual building of defense, residential and farm buildings from the 13th to the early 20th century. 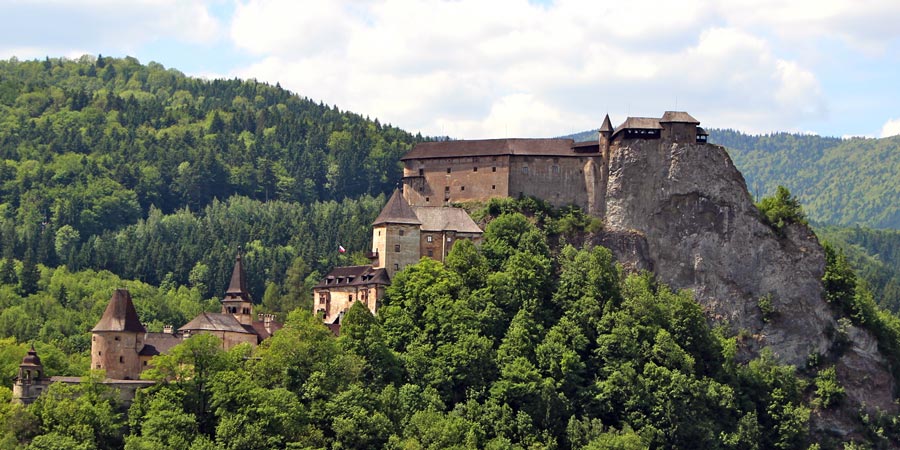 About this Slovak village near Bratislava as Slovensky Grob spreads rumors two. One of the good wine, one of the unique tradition of roasting geese. Season geese famous pancakes and begins the last day of August and ends before Christmas. 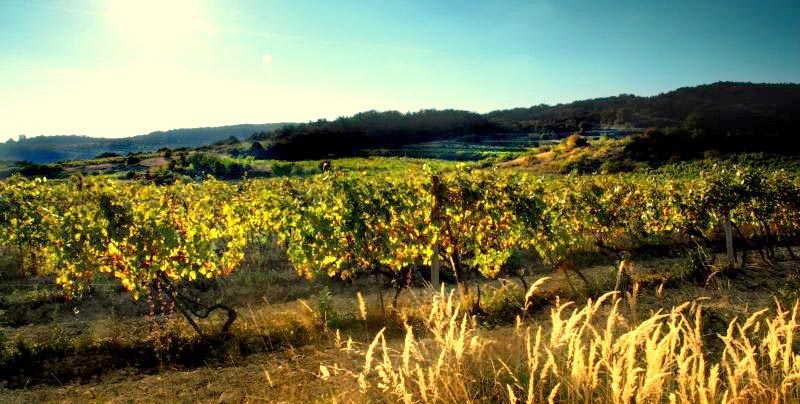 Spania Dolina is kingdom of bobbin lace. The earliest mention of this once very rich mining village of Spania Dolina dates from 1263 is located about ten kilometers from Banska Bystrica. In addition to the unique lace crafts that can be admired mining past and its architecture. 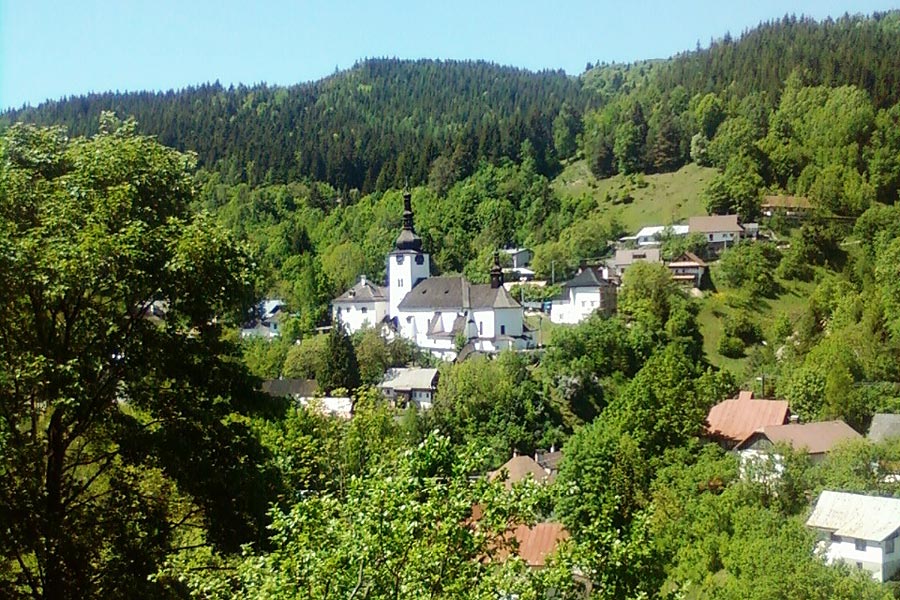