The first stop of the Slovakia tours from Bratislava is Čičmany a perfectly preserved hill village where the buildings are painted like white lace. They are surrounded by the mountains Strážovské vrchy and Malá Fatra in the southern part of the valley Rajecká dolina is famous for its original log houses with the typical white ornamentation.

The unique and characteristic element of log houses in Čičmany are their exteriors ornamented in geometrical pattern. The authors of ornaments, as rule, were women who originally adorned only the corners of houses first with mud and later with lime.

The best-preserved ones include the building of Radenov dom and the neighbouring Gregorov dom, which shelters the ethnographic exhibition where visitors can learn something more about the history and folklore of this region. 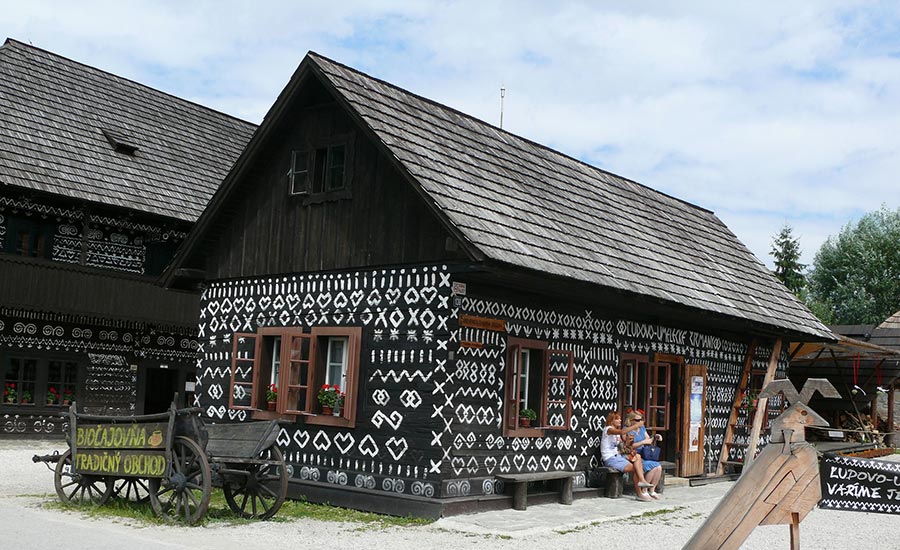 The second stop of the Slovakia tours from Bratislava is Brhlovce is a municipality and village in the Levice District in the south-west of Slovakia, in the Nitra Region. It is known mainly for its troglodyte-like excavated dwellings, cut into the volcanic sub-layer, that have been proposed for the UNESCO World Heritage List.

The excavated dwellings are said to have been constructed by the local people in the 16th and 17th centuries in order to "hide the village" and avoid the Turkish raids. They did not want to build normal ground-level houses because these would be visible from afar. 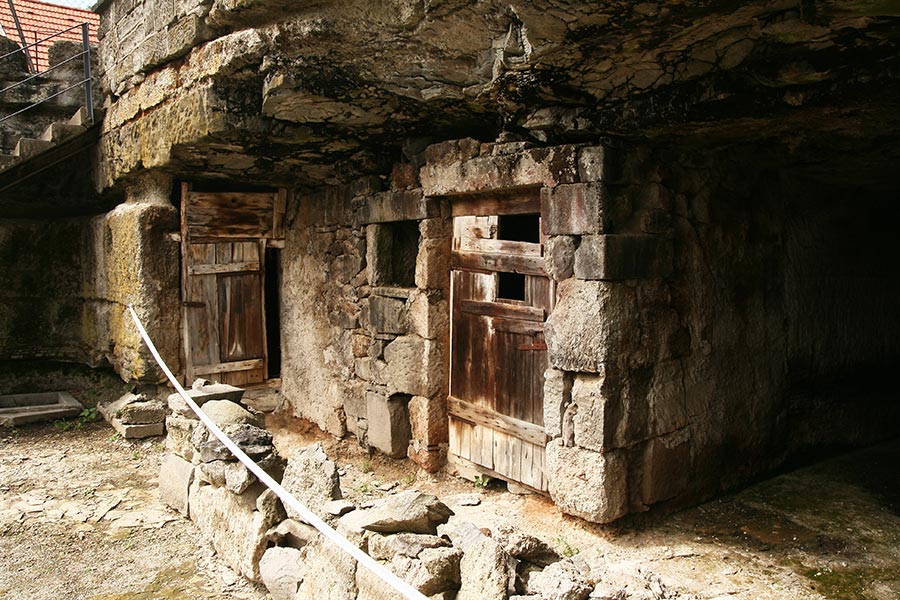 Another stop of the Slovakia tours from Bratislava is Osturňa is a village and municipality in Kežmarok District in the Prešov Region of north Slovakia. The village is traditionally inhabited by Rusyns, as one of their westernmost settlements (together with Malá Franková and Veľká Franková).

It is probably the longest village extending over the banks of a brook in Slovakia. There are many original Goral buildings preserved in the commune. The commune counts 157 structures designed monument reserves and its people still wear the typical folk costumes of the Goral ethnicity.

The architectural pattern of the commune contains individual farmyards stretching on either side of the brook. Distances between them are not even and in total, they are nine kilometres long. 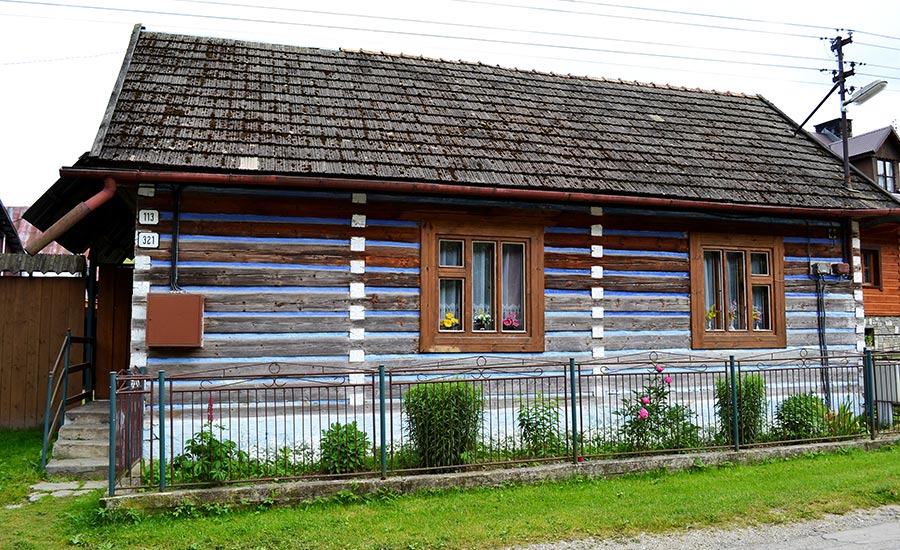 Ždiar - famous for its folk arts and traditions

A number of wooden buildings preserve and present the traditions of the "goral", or mountain people. The Zdiarsky Dom museum is a living example of the dress, daily life and feasts and ceremonies of the local inhabitants, most of whom in past centuries relied on shepherding for their livelihood.

The wooden houses are particularly characterized by painted ornamentation, especially around windows. Folk costumes and crafts (such as hand weaving), horse-drawn coaches and folk music and dancing groups are further samples of the way things used to be. 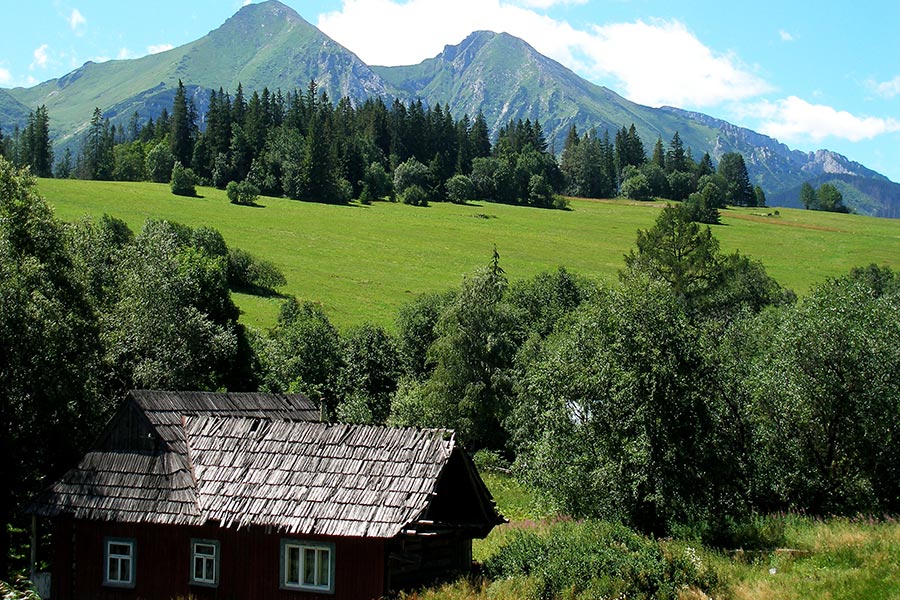 Another stop of the Slovakia tours from Bratislava is Svidník located in north-eastern Slovakia, in the north-eastern part of the Nízke Beskydy Mts. It is the central town of the sub-Dukla region, closely connected with the culture and history of Ruthenians and Ukrainians in Slovakia.

Svidník houses the Slovak National Museum - Museum of Ukrainian Culture, a unique specialised ethnic museum, oldest of its kind in Slovakia, that includes the folk architecture open air museum with a valued wooden cathedral as part of its exhibitions, and the Dezider Milly Gallery, dominated by a collection of icons that represent museum’s oldest exhibits.

The most visited place is the large open-air Czechoslovak army memorial at Dukla, a national cultural monument, and the stone and wooden temples of Eastern Rite, the local historical jewels in the town surroundings. 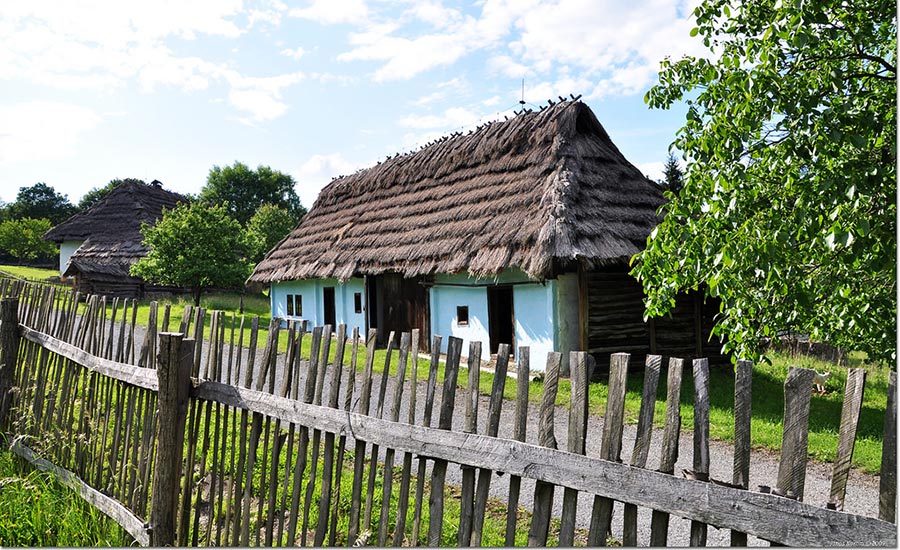