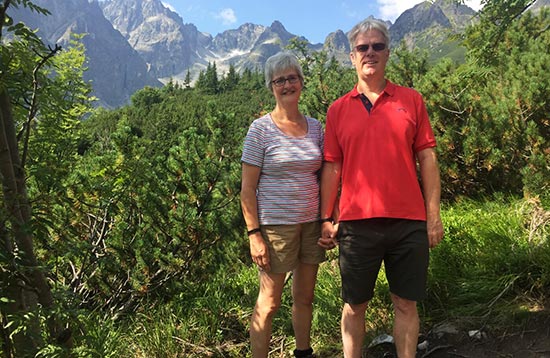 High Tatras Mountains – the most visited mountain in Slovakia

The first stop of the Slovakia tours from Bratislava is High Tatras. They are a mountain range along the border of northern Slovakia in the Prešov Region, and southern Poland in the Lesser Poland Voivodeship. They are a range of the Tatra Mountains chain. 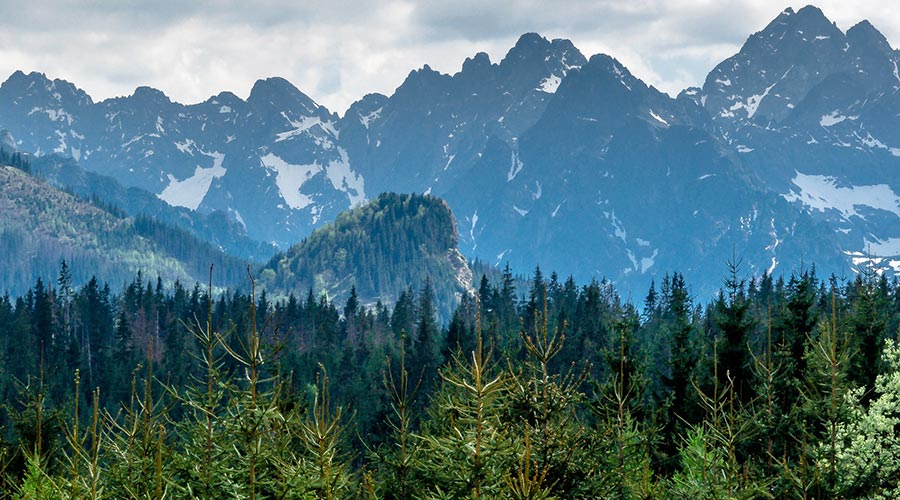 Slovak Paradise – the most beautiful area in Slovakia

Eighty percent of the area is covered with spruce forests combined with yew trees. There are more than 200 caves and underground abysses. Among the caves, Dobšinská Ice Cave and Bear Cave are the best known ones. 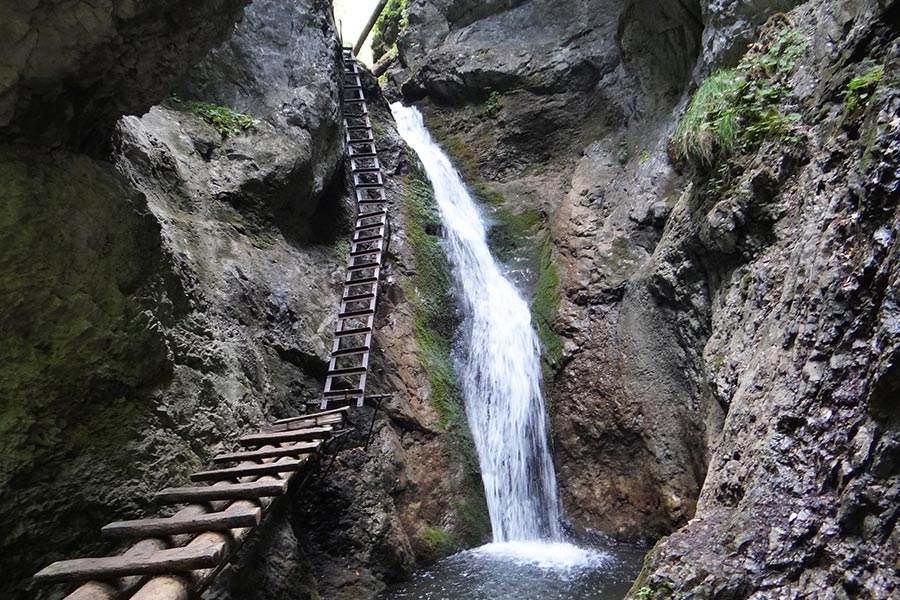 Orava – a range of small mountains

Another stop of the Slovakia tours from Bratislava is situated in north of Slovakia, in Region of Žilina, in Námestovo, Tvrdošín and Dolný Kubín districts. This mountain range belongs to Central Beskydy Mountains, which form a part of Outer West Carpathian Mountains.

The highlands stretch along both sides of the Orava River and cover an area about 220 square kilometers. It consists of two smaller areas: the Podchočská furrow and the Veličnianska basin. In Slovakia these hills are considered part of the Central Beskids; in Poland they're considered Western Beskids.

The highest of the relatively modest summits are Kopec, Machy and Mnich, the last of which towers over the ski resort town of Zuberec. Geologically the highlands are composed of Carpathian flysch and the limestone unique to the Pieniny Klippen Belt. 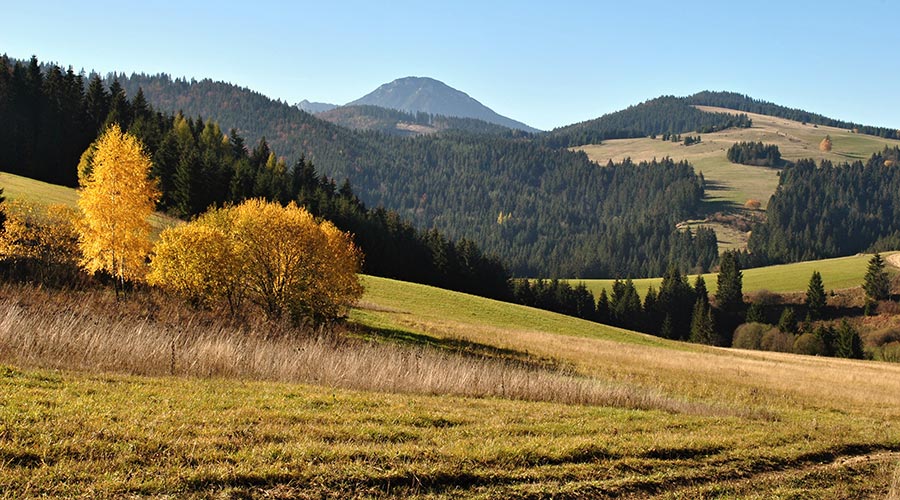 Great Fatra – the main ridge, which twists and creates shock-waves

Another stop of the Slovakia tours from Bratislava is Great Fatra. It is a mountain range in the Western Carpathians in Slovakia. Great Fatra lie to the southwest of the better known Little Fatra mountains and are less developed, as well as, contrary to the name, being lower.

Most of the area was protected by the Great Fatra Protected Landscape Area since 1973, and the most valuable parts are included in the Great Fatra National Park since 2002. The rest of the former protected landscape area serves as a buffer zone now.

The ruins of Blatnický and Sklabinský castles are located in this area. Also, the traditional architecture of Vlkolínec (a UNESCO's World Heritage Site) and Liptovské Revúce and the Ľubochňa and Turčianske Teplice spas can be found here. 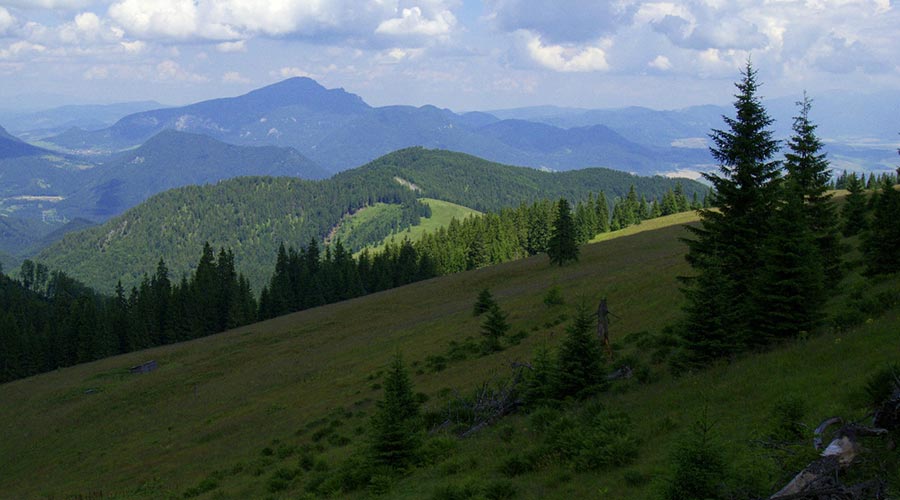 Another stop of the Slovakia tours from Bratislava is Little Fatra. Little Fatra is a mountain range in the Western Carpathians in the north-west of Central Slovakia. In the geomorphological system, it is a part of the Fatra-Tatra Area.

Popular centres for winter sports are Vrátna dolina and Štefanová. Other tourism centres are the villages of Terchová, where the Slovak national hero Juraj Jánošík was born and Zázrivá, where the traditional Slovak sheep cheese delicacy known as korbáčiky is made. 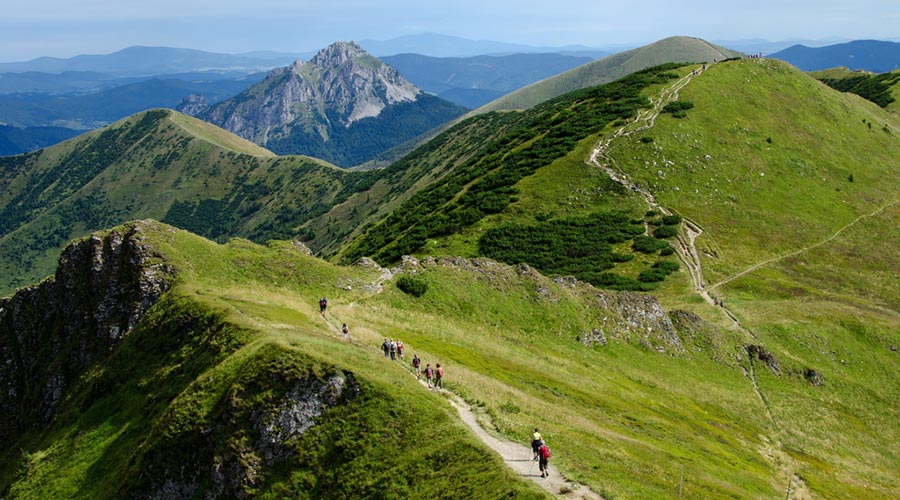